Amazon has a page for each carrier, so take your pick from AT&T, Verizon, and Sprint. You may recall Amazon doesn't sell T-Mobile phones as there is no contract option. Some of the deals are actually not deals—they're the same as they ever were. Like that free Fire Phone from AT&T (don't do it) or the Galaxy S4 for a penny. What we're looking for are the phones that are a few months old, but usually still cost you $99 or so on contract most days.

The new deals are all priced at $0.01 or $1 for the Galaxy S5, Galaxy S5 Active (AT&T), Galaxy S5 Sport (Sprint), LG G3, and HTC One M8. AT&T and Sprint will give you that price for upgrades or new lines, but Verizon charges more on a few devices for upgrades. 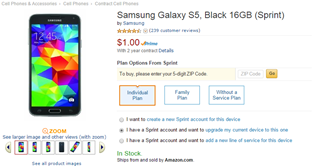 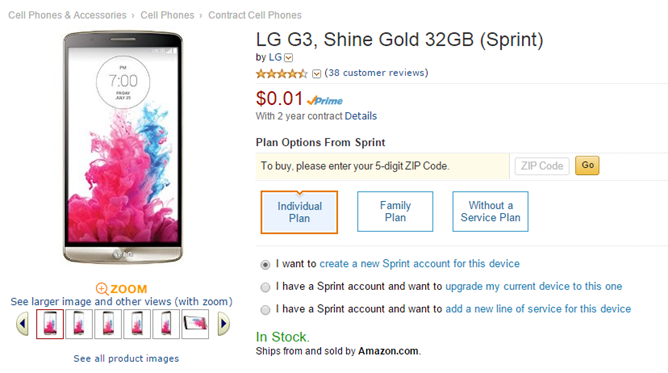 Hush's Smart Earplugs Reach And Blast Through Their Kickstarter Goal