It's definitely not as cool or timeless as that Guardians of The Galaxy deal, it's probably limited to the US or a few countries, it's likely not the most targeted deal for our audience, but we still feel compelled to let you know that Google is offering Lorde's Pure Heroine album for free right now on Play Music. 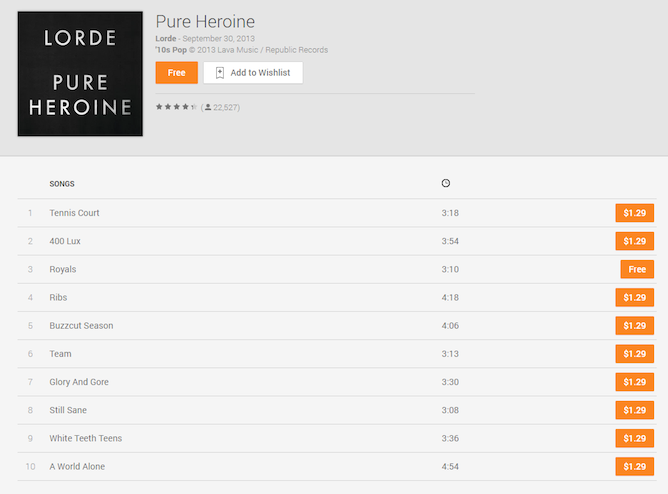 If this is your jam, you'll be happy to find 10 songs in Lorde's album, including the chart-topper "Royals," and a few other interesting songs like, "Tennis Court," and "Glory And Gore." Unfortunately, this isn't the Extended Release, so you'll be missing out on the catchy, "No Better." I'd better stop typing before I completely morph into Ryan Seacrest.

As for that "Ya Ya Ya" reference, here, have some South Park parody:

Alternate title: Google Knows You Didn't Come From Money, Gifts You Lorde's Album To Rub It In

Chainfire Figures Out How To Root Lollipop Without A Modified Kernel

QuickPic Gets A Serving Of Material Elements In Its Latest Update