You guys love Pushbullet, right? If not, it's probably because you haven't used it. This is easily one of the most powerful utilities available on Android, and definitely one worth having installed. And as of today, it's getting even more powerful (or convenient, at least).

As you probably already know, the guys behind Pushbullet never sleep. I've asked them how they seem to gogogo all the time, but they're not giving up on any secrets. Bummer. Anyway, they brought universal copy & paste to the app a while back, but it had one quirk: it required the Windows app to be installed. For those who are weird about installing things (or who don't use Windows), this was inconvenient. Today, that changes, because copy & paste now also works with the Chrome and Firefox extensions.

(That played out much better in my head). 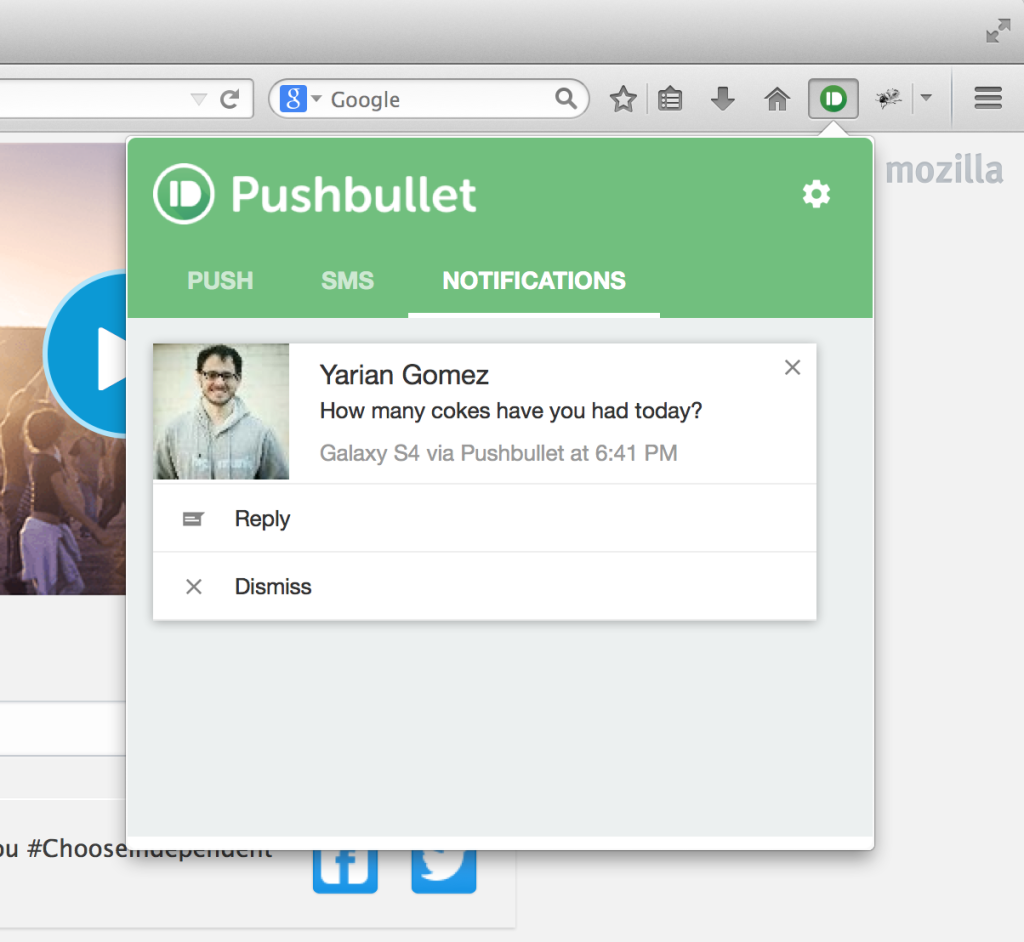 This update isn't all about copy & paste, either. The Android app is also getting some more aesthetic pleasantries, with an "Inbox-like" push selector, as well as additional Material Design details. Firefox notifications will also have the "notifications" tab moving forward (something the Chrome extension has had for a while now), which is a nice addition for Firefox users.

The update should be rolling out via the Play Store now.