The Pebble folks have announced a big update to the smartwatch that many wearers have been waiting a long time for. With version 2.1 of the Android companion app, users can receive notifications from any app they have on their device, rather than a few preset options, without having to turn to a third-party solution. People will have the ability to receive all notifications or select specific apps.

The update is only available to 10% of users today, but it will gradually roll out to more people running Android 4.3 or higher. Eventually the team will add support for older devices running Android 4.0 to 4.2.

At the same time, Pebble has announced a new firmware release, version 2.8. This one adds support for more languages and special characters. To confirm that things are working after installing the new software, you can send ÑÔ møŕě bòxĕš fōř ėïġĥťý ŀæńģūåĝęş! to your device. It should look like this. 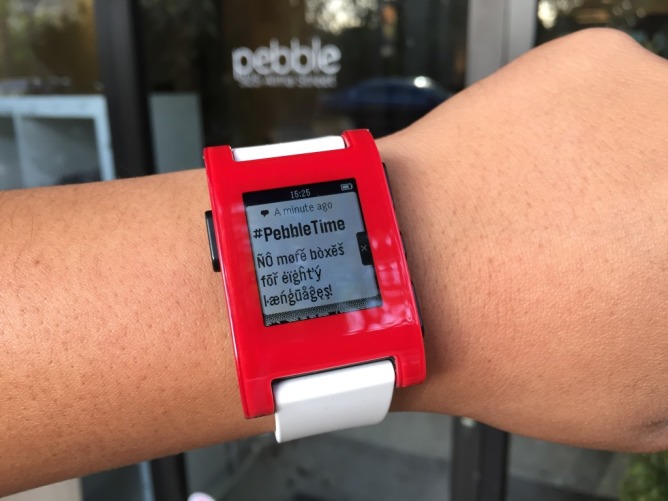 Here are the full release notes courtesy of Pebble.

To update to the latest firmware: