Since Google Maps got its update to version 9.1 yesterday, we've been taking a closer look to figure out exactly what's new, and - of course - taking a quick look inside as well.

So far, it doesn't seem like a huge update, but there's at least one big change worth highlighting. In 9.1, Maps will provide helpful information about your destination or a location you look up. The app will give you the current weather and time at the given location, and will provide some fun facts too. (Thanks Chakravarthy for pointing this out.) 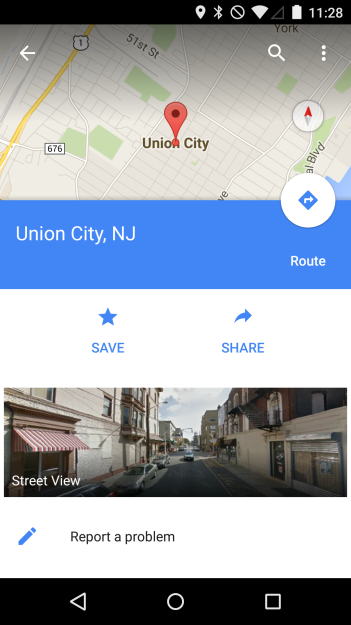 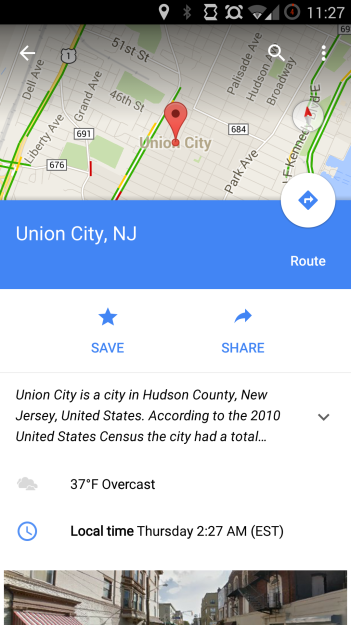 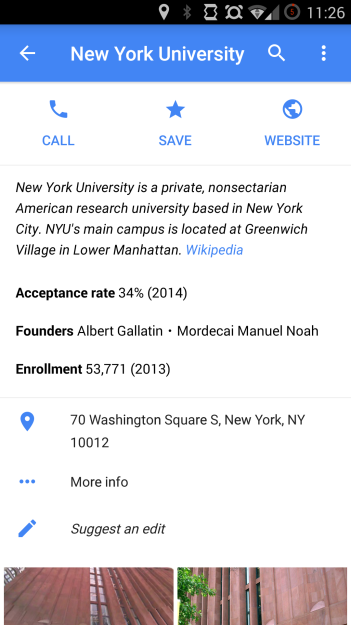 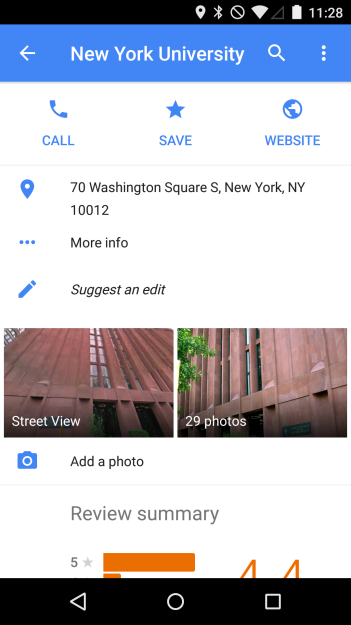 It also looks like Maps will respond audibly to users' requests to "show traffic" or "hide traffic" in the new update.

Of course there are also some goodies hiding under the surface. We found just a few tidbits that don't appear to be live in Maps just yet (if you've seen them let us know).

First, a couple of strings presumably related to lodging reservations. Update: It looks like the actual function of showing checkin/out dates is not new, just the following strings which label the dates. (Thanks Mike!)

There are also a handful of strings related to rerouting and unexpected delays, indicating that Maps will show users exactly how much time can be saved by rerouting, and alert them to various "route-around" situations like road closures. Strings also indicate alerts regarding transit schedule changes, accounting for early or late arrivals.

Overall, this isn't the most exciting teardown we've ever done, but it's good to see that Maps is still steadily making progress. If you've noticed any other new goodies let us know.

AT&T's Nexus 6 Is SIM-Locked, Checks Mobile Hotspot Subscription Status For Tethering, And Has ...