I love Lastpass. I've been using it for over a year at this point, and I fear I can no longer live without it. A few months ago, the Lastpass Android app gained the ability to detect password prompts on the web and in apps and offer suggestions for autofill - much like the browser extension does. It worked well enough, though was kind of buggy. Still, the convenience outweighed the annoyance, so I think we all gave it a pass.

But now, something terrible has happened. In an attempt to make the autofill feature "more reliable," Lastpass has released a chathead-like feature called App Fill Helper that makes it even easier to find login credentials. Sounds great, right? In theory, yes. But in reality, it's incredibly annoying, because it runs all the time by default. In every app. Even ones that don't require a password. ಠ_ಠ 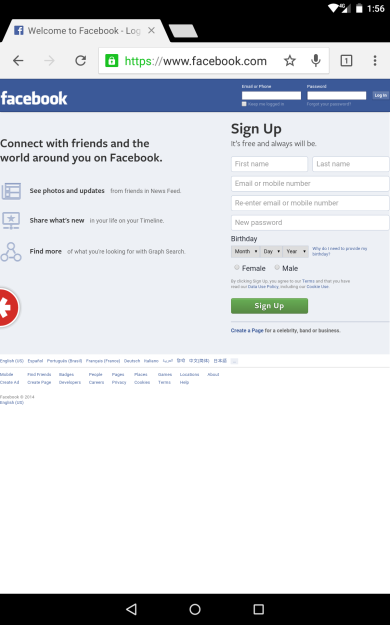 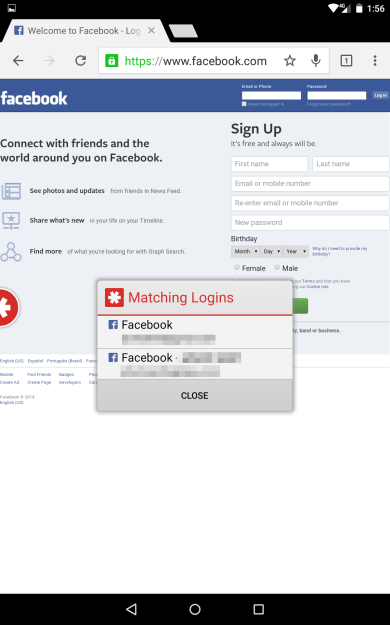 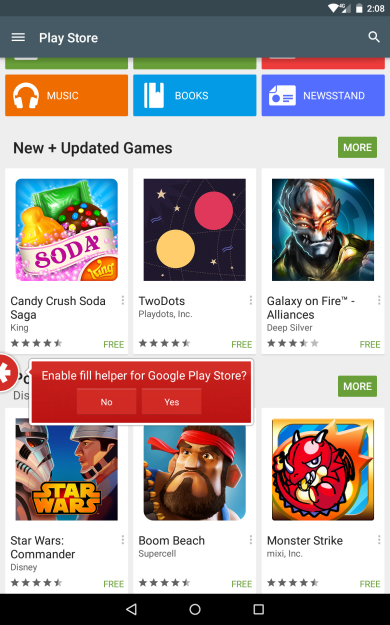 Oh, you don't need a password for the Play Store? "I CARE NOT," says the Fill Helper.

If you find this as annoying as I do, then you'll be happy to hear that there's a way to get the old behavior back. Once logged in to your LP account, jump into preferences, and scroll down to the App Fill section. Here, you're presented with a handful of different options: you can disable the service altogether (but then you'll lose the ability to autofill any login credentials), but the options you really want to tweak are "show fill helper for browsers" and "show fill helper for apps." Also, jump into "edit fill helper settings" and untick the "show for all apps by default" box.

It's a little misleading, because (to me, at least) it sounds like that will remove all autofill capabilities, but in reality it just disables the chathead-like helper app. The autofill stuff is still completely functional, which essentially just reverts the app to its former state. 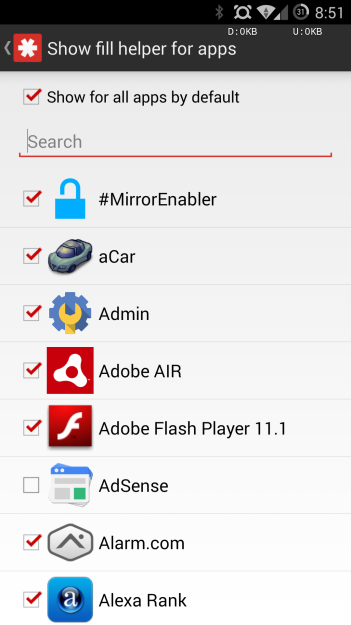 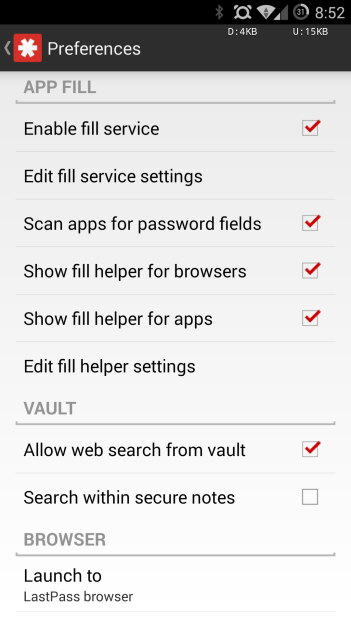 I'm sure there are reasonable uses for the Fill Helper to exist, though I'm having a hard time thinking of one right now. Maybe in a browser if you plan on logging into several different sites? I'm not sure. Anyway, if you like it, it's there. But if you don't, now you know how to get rid of it.