So you know that mixtape that Peter Quill, excuse me—Star-Lord, dances to throughout Guardians of the Galaxy? Well those tunes are currently available on Google Play for free (Update: to people who live in the US). So if you want to be an earthling who feels like a space-traveling superhero who uses these songs to remind him of Earth, now you can do so without spending any money.

Awesome Mix Vol. 1 comes with twelve tracks total, ranging from "Hooked on a Feeling" by Blue Swede to "Ain't No Mountain High Enough" by Marvin Gaye, with "I Want You Back" by the Jackson Five somewhere in between. There's something comical about hearing these songs juxtaposed against the interplanetary chaos of the film, but these are classics, and they hold up just as well pumping through earphones on a public bus.

If you don't want to follow a direct link to the album, you can also find it on the home page of the Play Store website and app, right next to the pricey digital copy of the film. 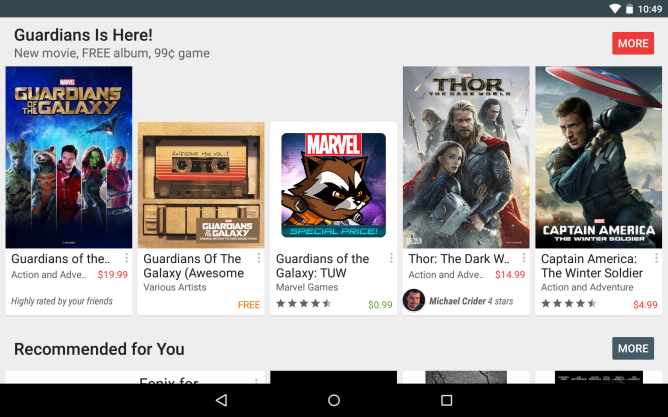 Who am I kidding? Of course you want a direct link. Here it is.