If you use the device security suite Cerberus, the app is getting one of its biggest updates ever in a couple of weeks, but you can grab it on the beta channel right now if you're not inclined to wait / want to be a guinea pig. Version 3.0 overhauls the design of the app to meet Google's material guidelines (as interpreted by Cerberus, of course), but there are a bunch of features packed in there, too. Honestly, the list is so long it's just going to be a wall of text here, so check out the changelog on Google+ if you want the full details.

The highlights are as follows. There's a new feature that prevents the device from being powered off while on the lock screen, a password-protect option for the Device Administrators page, and an option to lock out USB debugging mode on your device. As antitheft features go, these are robust, if arguably slightly overkill for anyone not in the government secret / corporate espionage business. 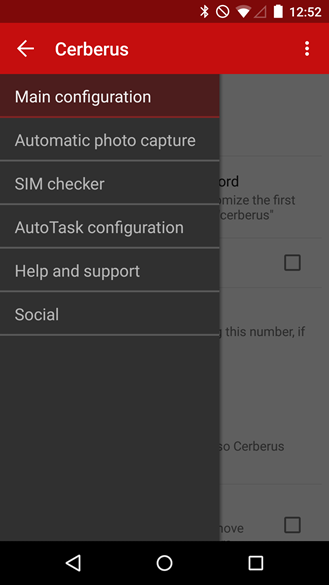 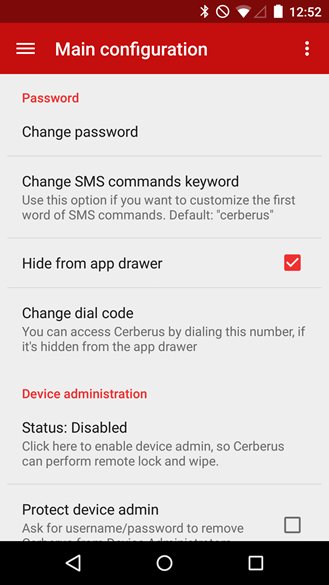 There are new remote features, as well, allowing you to toggle Bluetooth, change app configurations, do backups of on-device data, SSH into your phone, or start apps and services on it.

AutoTask is a new tool that allows you to configure your phone to do certain things under certain conditions (think of it sort of like Tasker but for Cerberus), including, of course, lots of Cerberus-specific commands.

There are some known issues with the beta, so keep that in mind before downloading. To join the Play Store beta, join this Google Group, then head to this URL to become a tester.

If you just want the APK, the Google+ post has links to both disguised and non-disguised versions, as well as flashable ZIPs.

Leaked Screenshots Of Lollipop On The HTC One M8 Show How Sense May Look On Top Of Android 5.0