While it's been available on iOS for some time, United updated its Android app today in order to add support for a rather cool feature: on-device entertainment. Instead of having to deal with that atrocious LCD on the headrest, now you can watch your in-flight movies and TV on your own phone or tablet. 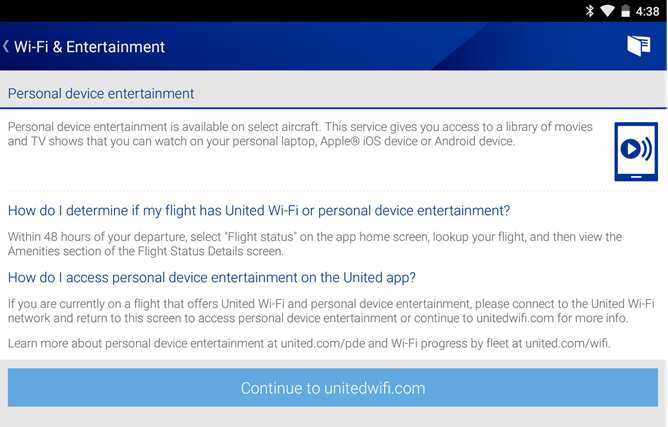 This is likely both a blessing and a curse. Who knows what the stream quality is like (anyone with an iPad who's used it want to chime in?), not to mention the reliability. That said, it will almost certainly be infinitely more responsive and nice to look at than the headrest display.

What flights support it? Your guess is as good as anyone's - United says you can see if your flight has the PDE feature starting 24 hours before your flight departs. Code Commit Shows The Nexus 6 Had Tap-To-Wake Functionality, But Google Removed It