When you've already created a browser-based interactive experience that lets players explore a 3D recreation of various locales spread throughout Middle-earth, how do you up your game? You add multiplayer. At least, that's what Google's decided to do. The company has updated its "A Journey Through Middle-earth" Chrome experiment with the ability for players to challenge each other to a bout of Hobbit-inspired fun.

Google developers designed the game using web technologies such as WebRTC and WebGL. As long as your device has a high-end graphics card, you should be able to share in the experience just fine. What high-end means here is relative, because A Journey Through Middle-earth is playable on Android phones and tablets alike, in addition to desktops. Apple fans can also get in on the action on their iPhones and iPads as long as they install Chrome. 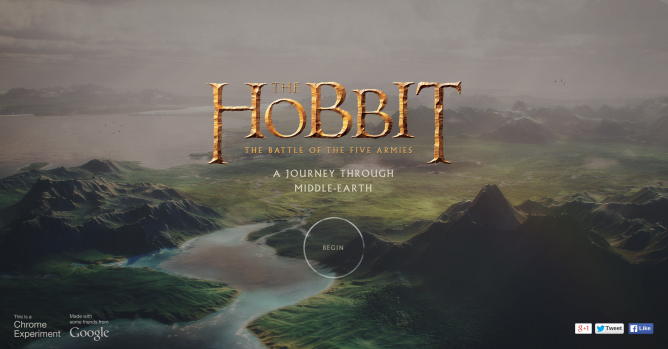 As a Chrome experiment, this game is free to play. To dive in, just head over to goo.gl/TheHobbit.

HUD For Glass Turns Google's Eyewear Into A Pilot's Wingman