Many Nexus 9 owners appear to be experiencing a bug that causes OK Google Everywhere voice recognition to simply not work, unless you're on the homescreen. Toggling the options or rebooting the tablet doesn't seem to fix it, and not everyone is affected. 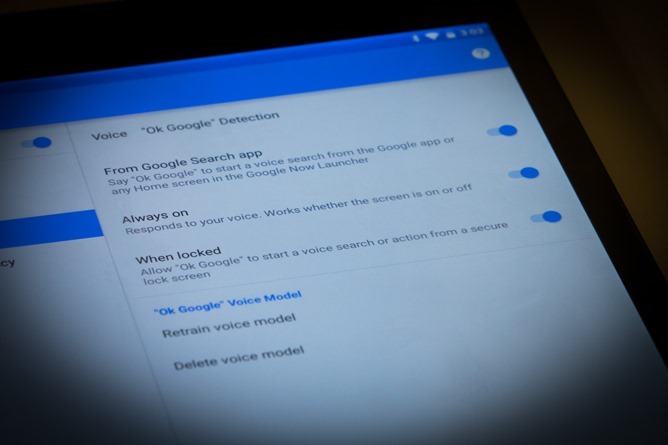 We initially thought this might have been caused by the recent update to LRX21Q (the earliest orders from Google Play shipped with LRX21L), but that's apparently not the case, either.

We're left with basically a few options here. Either GMS received an update, Search received an update (the build on mine is unchanged, though), or Google hit something on the server side and borked the OK Google Everywhere functionality. The latter, at this point, is about the best bet we've got.

An annoying bug, to be sure.