You can add a few new tricks to the list of stuff Google search does. Just ask your phone or tablet to flip a coin, and it will be done. This was actually announced by Google last week, but now they've added a die. Neat.

If you want a coin, just say, "flip a coin," or some variation on that. The dice (it's actually a single six-sided die) is called upon by speaking the words, "roll a die," or "roll dice." Again, some variation of that including rolling and dice will probably get the job done. 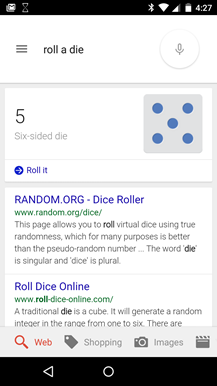 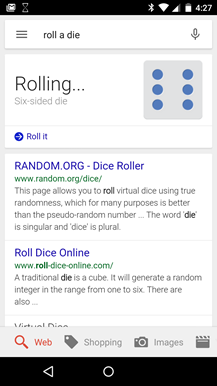 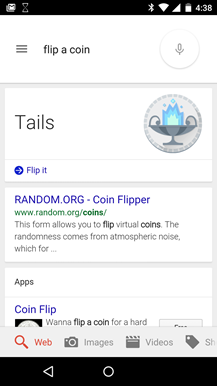 Just a nifty little trick you can use the next time you can't make a decision. It works on Android and the desktop, but sadly not on Android Wear.