Today we're teaming up with Nocs for a sound-tacular giveaway of two products I reviewed and quite liked - the Nocs NS2 Air Monitors V2 wireless speakers (MSRP $399), and the NS500 Aluminum earbuds with 3-button remote (MSRP $89). 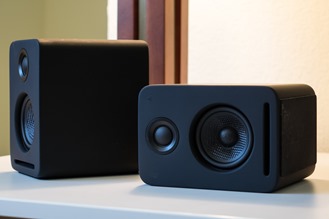 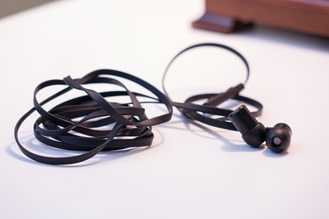 The Nocs NS2 are probably the smartest set of wireless speakers on the planet. They support Bluetooth 3.0, AirPlay, and Spotify Connect - meaning you'll have no trouble finding a wireless gadget in your house to control them with. With a peak output of 80W and fidelity that's on par with the small studio monitors they resemble, the NS2s aren't your average set of wireless speakers.

Then, there's the NS500 Aluminum - a well-priced, great-sounding set of premium earbuds. Not only are they sleek and understated, they're just so damn comfortable. Nocs makes earbuds that I find fit in my ears better than any other manufacturer out there, partly because they're so light, but also because the tiny size means they maintain an excellent seal even as you jostle them around while walking. They're my favorite travel earbuds, hands down.

So, as you can tell, these are two products I legitimately like, and we're giving away both of them. One set of the NS2 V2 monitors, and one set of the NS500s.

This contest is open to all countries, and you can enter using the Rafflecopter widget below.

[Lollipop Bug] Leaving The Flashlight On Until It Times Out Breaks The Camera And Flashlight ...