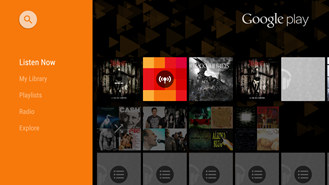 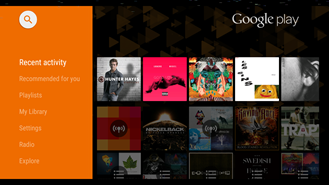 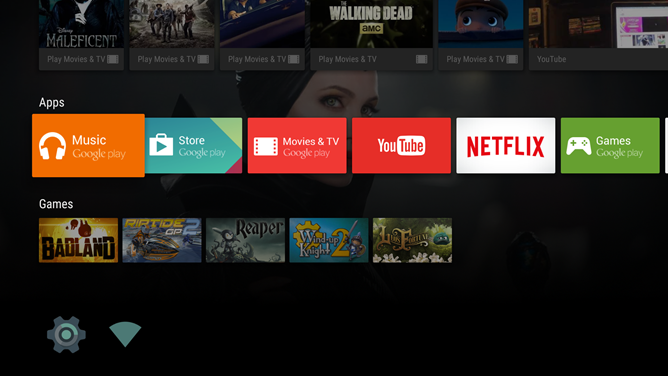 Play Music banner on the ADT-1

The only other immediately noticeable addition is a menu option for Settings, but it just provides a link to the open source licenses Google has to disclose. Hopefully it will gain a little more value in the future. While this update does bring the Android TV experience a little closer to that of its Android brethren, there are a few missing features. Most notably, there's no way to manage a playlist, and the artist page still doesn't show a background description.

There don't appear to be any visible changes to the app on phones and tablets, but we're still looking. Let us know in the comments if you stumble on to anything.

The app is still not showing up on the Android TV Play Store for me, so it's either on a staged rollout, or it hasn't been officially cleared by Google's recently assembled team of curators yet. But you don't have to wait, we've got the apk available for download below.

Motorola Spotlight Story 'Duet' Now Available On Your Moto Devices, And It's Awesome