Into every life a little rain must fall. Across every software update a few bugs will crawl. The most glaring problem for new users of Android 5.0 on the Nexus 7 2013 is a bug that appears to be stopping video playback dead. You can see a few users reporting the issue here, and we've seen it on at least one Android Police staff member's tablet. The good news is that there appear to be a few ways that you can fix it. The bad news is that they don't seem to fix it for long. 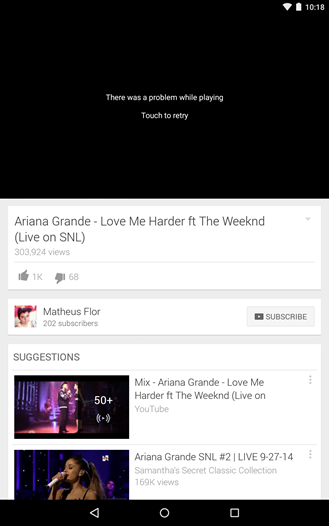 The video playback bug occurs in YouTube and other apps or local files that use Android's default video player. Artem believes he found the issue in Android's logcat:

So, yeah, for some reason after the update the Lollipop build on the N7 2013 periodically loses track of the location of the video player. Curses.

What can fix it?

Reliably? Nothing. There are a few things we've tried that seem to give a temporary fix, but if your N7 is having this problem, it might just take an over-the-air update to permanently get video functionality back. 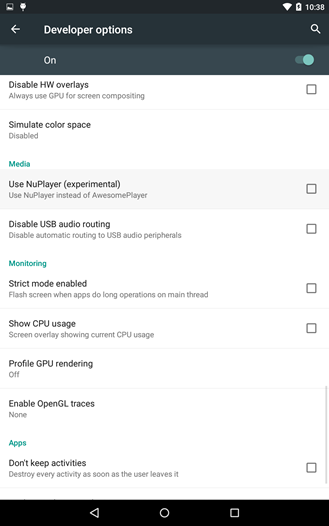 If you've got a video you want to watch and no other way to get access to it, you can try the good old power cycle. Yes, turn your tablet off and then turn it on again. If that doesn't work, try going into the Developer Options section of the Settings menu (enable this by tapping the build number repeatedly), then disabling or enabling the "Use NuPlayer (experimental)" option. Reboot and give it another shot. You can also try wiping the device cache from recovery.

If you're having more luck than we are with the video problem on your Nexus 7, drop us a line in the comments.