If you are one of the lucky few who were able to place an order for the Nexus 6 from Google or Motorola early on, you might want to check your email. Buyers are reporting their cards have been charged and shipping emails are going out. Interestingly, the phones are shipping directly from Shenzhen, China where they are being produced. These things are fresh off the assembly line. 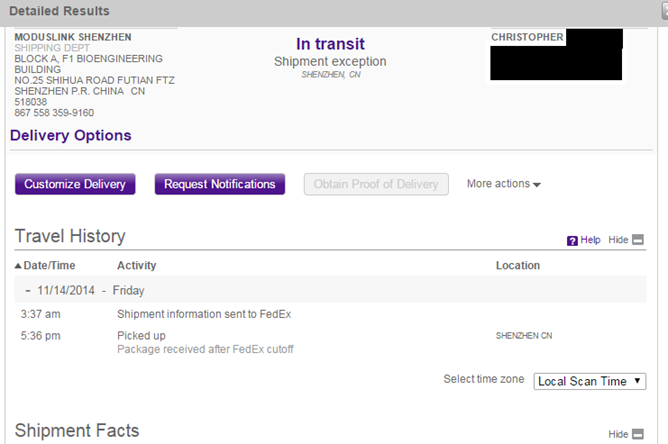 The origin of orders from Google and Motorola usually show as somewhere in the US—often the FedEx distribution center in Louisville. Shipping devices directly from the factory in China is unusual and likely speaks to just how backed up the production line is—there hasn't even been time to get a stock of devices in the US for shipping to carriers and early buyers. 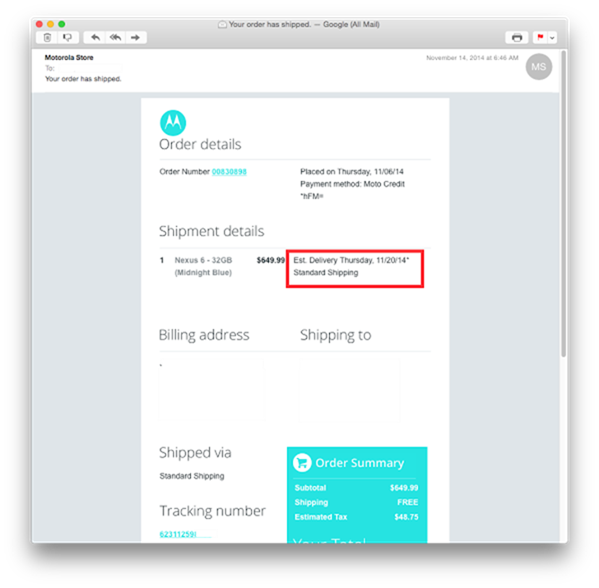 So it seems Google's latest Nexus will soon be in the hands of regular people, just not very many of them. The device is still out of stock everywhere with carriers promising to start shipments soon. The carriers are probably waiting on their devices to come in from China just like you are.

[Thanks, Joaquin Gonzalez and Yale]

Asus Follows Up MyWater Live Wallpaper With MyOcean (AKA MyWater 2)