Shortly after the release of Samsung's Galaxy Note 4, owners were dismayed to learn their new phone was unable to mirror its screen to a Chromecast. No other Google Cast apps were affected, but plenty of people still wanted screen casting. Well, it took about a month, but this oversight has finally been remedied. The Note 4 has been officially added to Google's list of devices with support for screen casting. Now your big phone can take the show to an even bigger screen. 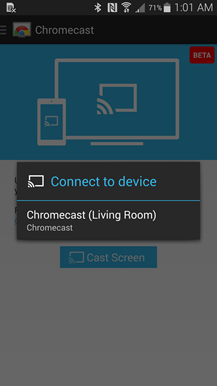 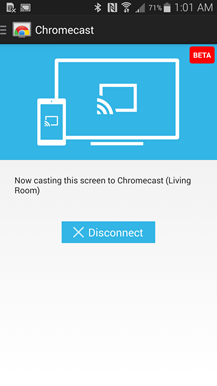 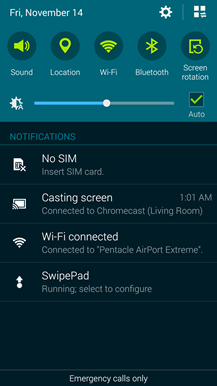 Since TouchWiz doesn't support the transient tile to initiate a screen cast, you'll have to fire it up manually through the Chromecast app. To get things started, just pull out the navigation drawer, tap on Cast screen, and hit the Cast Screen button. If the button is missing and there's a warning about there being no compatible devices, you can probably get everything on the right track by restarting your phone.

That's about it. Have fun!