Today is a really good day for giant robot enthusiasts on Android. In addition to the XCOM expansion Enemy Within, which features a ton of mechanized combat, Android gamers now have access to Strike Suit Zero, an indie PC game that's all about shooting robots in space. Unfortunately, you're only getting access to this game if you have a SHIELD Tablet. Sorry, giant robot fans: you're beholden to NVIDIA for your fix at the moment.

Strike Suit Zero is basically a new take on the Robotech concept: your customizable death machine shifts from space fighter to robot to flexibly handle the game's frantic combat. There's an anime-inspired story somewhere in there - warring space empires, Earth in peril, yadda yadda - but it boils down to you zooming through the galaxy completely wrecking everything that's dumb enough to enter your field of fire. There are near-infinite combinations of Strike Suit chassis, weapons, and armor at your disposal, and the $8 game has none of the usual in-app purchases for upgrades or currency.

Despite its over-the-top presentation, Strike Suit Zero's controls are actually pretty complex. The developers have enabled on-screen controls for SHIELD Tablet owners who don't have a separate controller, but I can't imagine that all those thruster and vector adjustments are easy in the heat of battle. Strike Suit Zero is a single-player game, but it does connect to Google+ for leaderboards. 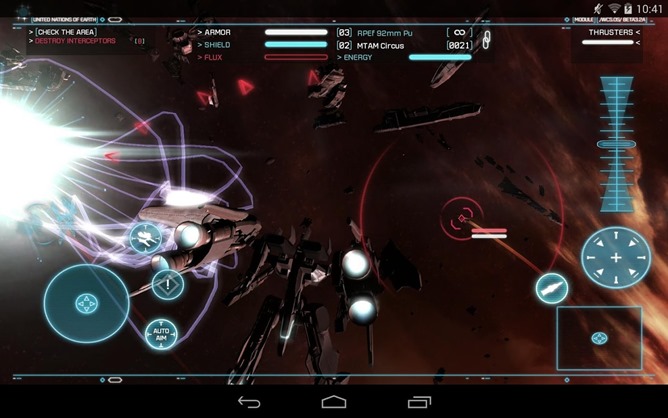 Note: Strike Suit Zero's Play Store page says it's "exclusively for Tegra K1 devices," which should include the Nexus 9 and a few others like the Xiaomi MiPad, but right now it's only showing as compatible with the SHIELD Tablet. 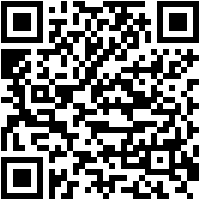 Google Cloud Print Gets Its Own Material Makeover [APK Download]