Helium works great for rooted users, but non-rooted folks have had to turn to a Windows or Mac tool to get similar functionality. Now there's a Chrome app available that should extend this out to any desktop with Chrome installed, including those running Linux or Chrome OS. It does its job by first enabling Android back ups through a USB cable using ADB. 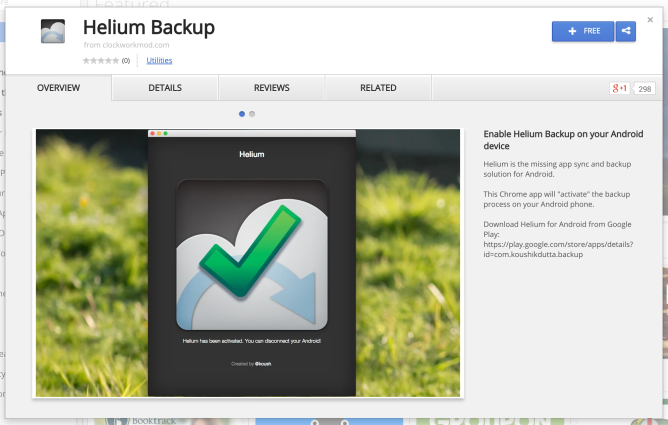 Things aren't guaranteed to work, but if you haven't yet updated to Lollipop, the new Helium Chrome app might be worth trying out before making the transition.