We were all left wondering when the Google wouldn't commit to a firm date for the Lollipop rollout, but now the OTAs appear to be happening. Sprint has posted update notes for the Nexus 5 OTA, which lists today as the big day. This should apply to all Nexus 5s, not just those on Sprint. 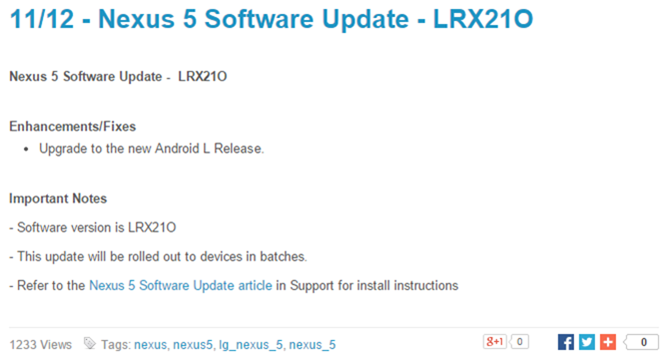 The update will have build number LRX21O, which dates to about October 21st, indicating no major changes have been made in the last week or two. As usual, this update will roll out gradually, but the update URL will probably be spotted soon. Once that happens, you can manually update your device.

So in the very near future you don't have to be so sad when other devices get their Lollipop updates. There's no word on other Nexus devices, but it shouldn't be long.

Nexus 6 Review: Google And Motorola Have Made A Great Big Phone At A Normal Price