As a frequent swimmer and a gadget lover, I have spent a lot of time researching activity trackers geared towards those of us who spend more than a couple of hours per week in the pool. The problem is that I never found anything priced acceptably, capable of monitoring the factors that are important for swimmers, and that would sync this data with my Android devices. The Garmin Fenix 2 might be the closest thing to what I want, but it costs at least 4 times as much as a Fitbit One. That's why I'm excited to read about this Xmetrics project on Indiegogo. 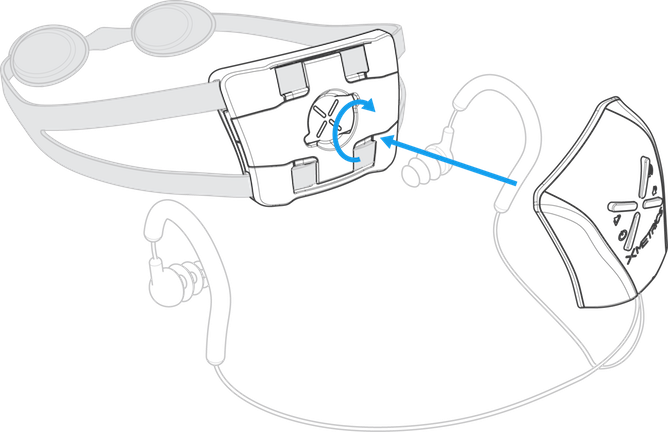 Started by a team of Italian swimmers, developers, and engineers, Xmetrics is a swimming activity tracker and audio coach. It clips on the goggle strap and sits on the back of your head, monitoring your speed, stroke count per lap, stroke efficiency, flip turns, calories, and more (the project mentions heart rate somewhere and breath rate somewhere else). It connects via Bluetooth 4.0 with most modern smartphones, including Android devices with Jelly Bean 4.3 and above, and lets you view and track your performance. Xmetrics is waterproof up to 1m, and thanks to a set of earbuds, will give you audio cues throughout your exercise. For example, you can set this up beforehand to say your time every 100m, your total distance every 500m, and beep after every 20-second break. 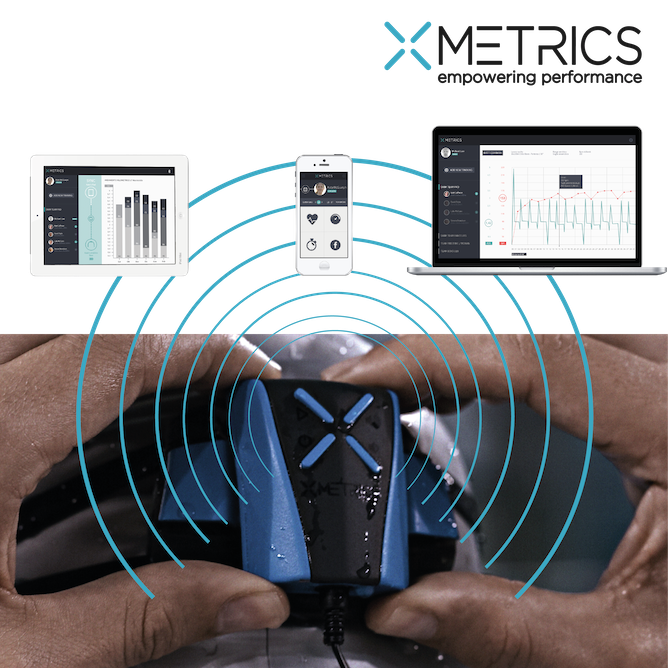 The Xmetrics is promised to come in both Pro and Fit versions, with the Pro one offering customizable audio feedback, data sharing with swimming coaches, and preset training schedules. The Early Bird deals stand at $129 for the Fit and $199 for the Pro.

Honestly, this all sounds a little too good to be true, and my past experience in backing over 20 crowd-funded projects tells me that there's a lot of over-promising coming from the Xmetrics team. They only seem to be a handful of engineers on board, they don't seem to have prototypes ready, they're overly optimistic about the amount of features they can offer and the number of platforms they want to support (Android, iOS, and Windows Phone), they asked for such a low amount of funding, and they plan on having everything done by March 2015. That's just bonkers.

Nonetheless, the project has reached its $15.000 fixed funding goal on Indiegogo with 32 days to spare. And despite my reservations, I will chip in a couple of bucks. I'd like to keep an eye on the project's development, I like the enthusiasm of the team, and they seem to at least know what swimmers really want (as opposed to many other projects I've seen before).