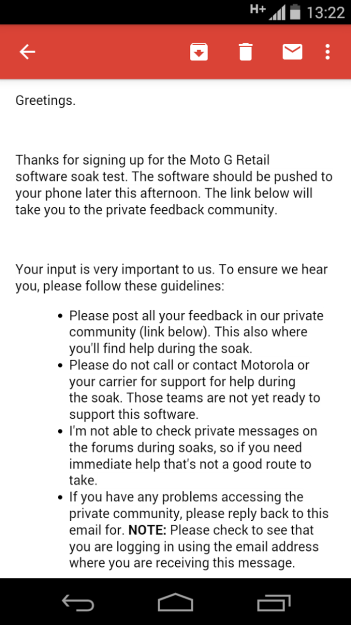 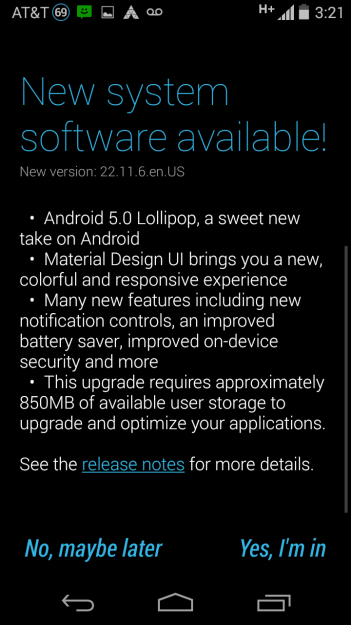 This news would mean that there's a good chance a budget device costing under $200 will run the latest version of Android before most flagships, including (possibly) Google's own.

Like with the Moto X, Motorola has shared the full release notes for the 2nd Generation Moto G. This content first appeared alongside the Moto X's changelog, but the company pulled it down. Now the goods are back. You can click on the image below to view the full list. 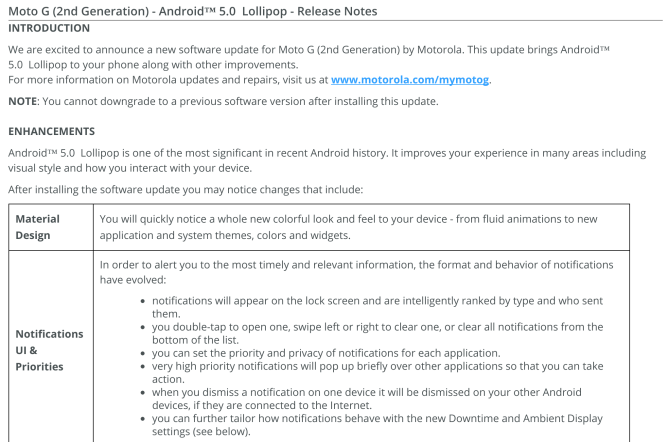 For the most part, changes look largely the same as those posted for the Moto X. Owners will get to keep their Motorola-specific features, along with the many goodies that will come included with Lollipop.

For now, there's not much else we have to say. It's just good to see that Motorola appears dedicated to making sure its users get the latest updates as soon as possible.

Thanks, Jorge and Anon!

T-Mobile Pushes Nexus 6 Launch One Week To November 19th In Order To Provide 'The Best ...