Sometimes late nights lead to interesting tips finding their way into our inbox. Tonight was just such a night. If you've been waiting to get a taste of Lollipop on your Nexus 7 2012, you're in luck. We just happen to have signed factory images for Google's original 7" tablet. The build is LRX21P, which lines up with builds we've seen on the Nexus 9 and Nexus Player (LRX21L and LRX21M respectively). Our source tells us that these images are most likely final, but as with any leak, that can't be said with certainty until we get something official. That said, the fact that these images are living on a Google server adds a lot of strength to the case for these being the ones that will be released. 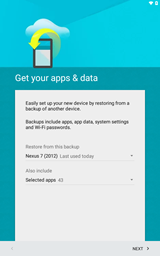 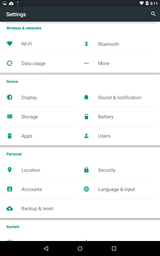 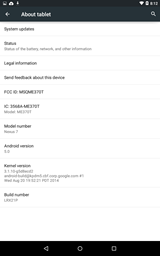 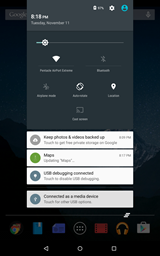 There appears to be an issue with the bootloader image, so you may encounter a signature mismatch when trying to flash it. It doesn't matter, though, because the version included here is 4.23, which is over a year old. You most likely already have that bootloader on your device. If it gives you problems in fastboot, just skip it and flash system.img and boot.img. Those are the two that matter.