We've been hearing from a lot of companies hyping up their plans for Android 5.0 updates - at least one of them seems ready to start issuing it soon. But what of Samsung, the undisputed king of Android sales figures and, not least, one of the more (ahem) robust suppliers of add-on software and interfaces? Apparently the company is working swiftly on a Lollipop update. The folks at SamMobile, as is their wont, have already managed to snag what looks like an early build of Android 5.0 for the Galaxy S4. Last month the same site had a similar hands-on with Android L running on the S5.

I'll cover myself by saying that there's no way to completely verify that this is an official Samsung ROM. But to be honest, SamMobile's track record with software leaks is incredibly solid and so is the video evidence. It certainly seems that this is the direction Samsung is taking for its updates to Android smartphones in the near future. You can see a combination of Android Lollipop and TouchWiz (or whatever Samsung is calling it now) in the supplied screenshots and video. A lot of the interface seems to have remained the same; for example, the notification shade is still split, as in Android 4.4, but the first row of toggles and brightness are present on the notification side (a Samsung design element that goes back a long way). Other Lollipop touches, like the redesigned recents view with animated "cards" and the Material Design blended backgrounds on some apps, are obvious. 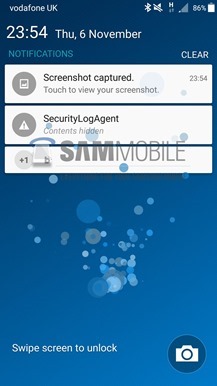 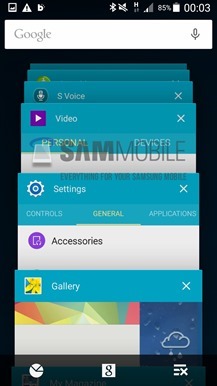 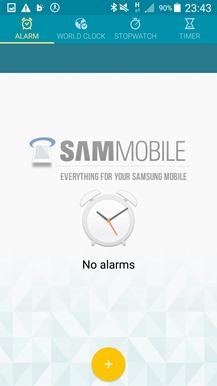 The LRX02E code in this build indicates earlier code than the AOSP release, so Samsung may have been working on this build for quite a while. 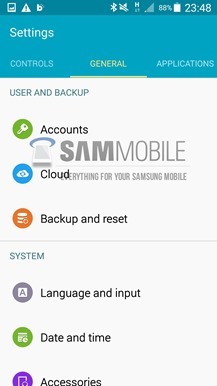 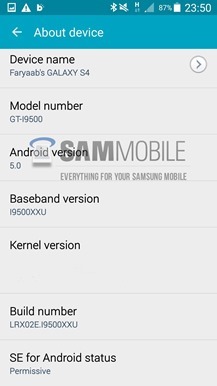 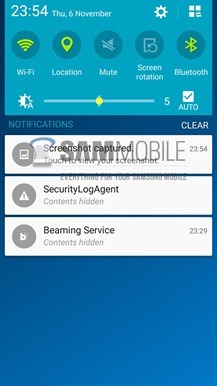 SamMobile says that this build (presumably for the international LTE model) is so early that core features like Wi-Fi aren't functional. That being the case, they've decided not to publish it on their massive database. Even so, it's an encouraging piece of evidence that Samsung is taking software updates seriously, at least for its flagship phones. There's no way of knowing how long it will take the company to issue the final updates, to say nothing of delays with carrier certification and add-ons.

For more analysis and a ton of screenshots, check out SamMobile's writeup below.

That Was Fast: Primecast Has Been Disabled And Removed From The Play Store After 36 Hours