Podcast lovers take their listening hobby seriously. Just ask me. I got into the habit about 18 months ago and it has since become a bit of a daily addiction. Whether I'm driving, walking, taking care of chores, shopping, or doing any other menial activity, there's a set of buds in my ears and one of dozens of podcasts playing through. It makes for great entertainment and it can also be very educational. In terms of apps, I'm firmly rooted in the PocketCasts clan. But we're not here to talk about that app, so let's switch the channel to BeyondPod. 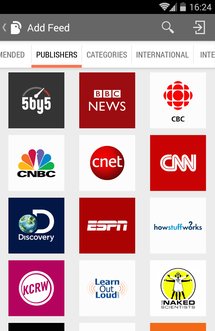 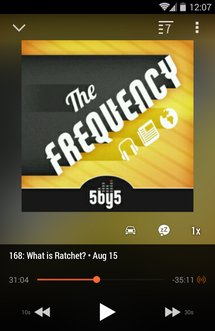 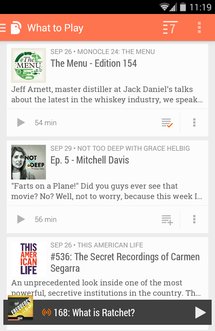 Version 4.0 of BeyondPod that has been in beta under the EVO tag for a couple of months just made it into the Play Store. The biggest change is visual, with the entire app receiving a facelift that brings a card-centric interface and some Material elements along with a lot of white and sparse elements-slash-empty spaces. It's also now optimized for both phones and tablets, instead of requiring a separate app. Here's the complete changelog:

The interface now centers around two sliding drawers. The left one shows your subscriptions divided by categories, the left houses your playlist. As for the main screen, it's a list of episodes from whatever podcast or category you have selected. The playback screen has also been overhauled and added a shortcut to a car-friendly mode. 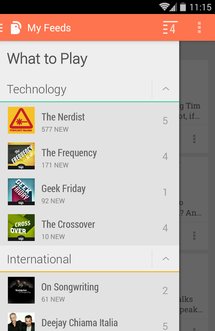 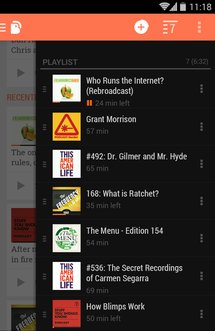 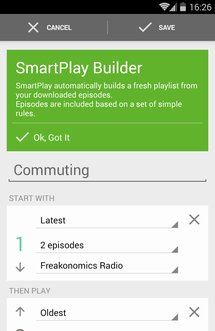 But as I said at the beginning of the post, podcast lovers take their habit very seriously. You can't mess with the way we are used to doing some specific action (especially if we repeat it throughout the day) without annoying us to tears. And that's what has happened with BeyondPod. Users are not happy, to say the least. You just have to open the Play Store reviews or the app's forum to see for yourself.

Complaints include the lack of a dark theme, a car-unfriendly interface in the feed list, difficulty of finding downloaded episodes, lack of a real 'all feeds' list (except in the sidebar), and more. But not everyone is broken hearted over the change — some users seem to love the new interface and find it better once they get the hang of it. The BeyondPod team has posted a forum thread explaining that they are reading all feedback and will reply to users as fast as possible.

I've given BeyondPod a run on my phone and I like what I see, visually. However, like the few times I tried this app before (on v3), I just don't seem to get the hang of it. (Plus I told the app I'm interested in Android as a topic and it did not add the Android Police podcast to my feeds — three strikes for you!) There are way too many options and the navigation seems weird compared to what I'm used to. I'm sure I'd love it if I gave it more time, but I don't have the energy to figure it out.

I still think, however, that it's a fantastic free option to recommend to anyone who wants to listen to podcasts on Android. So get to downloadin' and see if you like this new UI better.