After literally years of waiting, Amazon finally gave Android users access to their purchased movies and television shows on non-Kindle Fire devices. And lo, the heavens did open and a chorus of angels did declare, "where's the Chromecast support?" With Amazon promoting its Fire TV platform and a new Chromecast competitor of its own, it looks like we might have an even longer wait for that particular feature. But one enterprising Android developer went and made it for you. 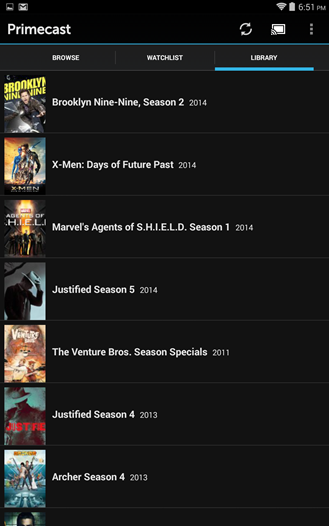 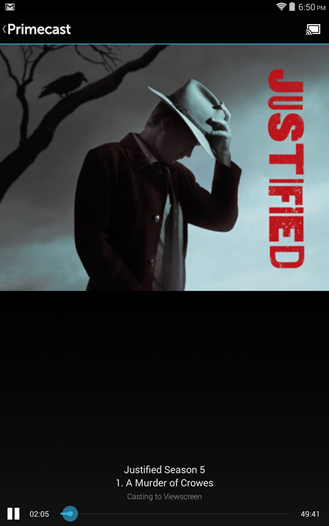 Primecast hooks into Amazon's back-end services, showing you a basic list of your purchased and rented movies and TV shows. Despite the app name, you don't actually have to be a member of Amazon Prime to use the app - any purchases will appear in your library. Amazon Prime Video users don't get the thousands of movies and TV shows packaged with Prime automatically added to their library, so they'll have to use the Browse tab and add individual videos to their watchlist. 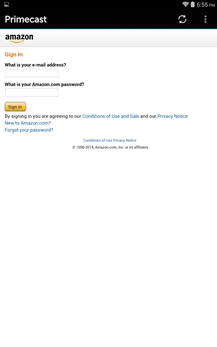 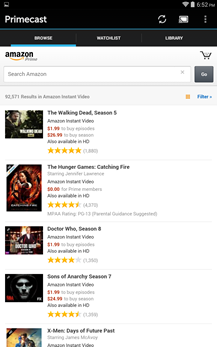 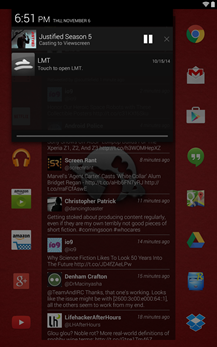 Once you've got what you want to watch in either your personal library or the watchlist, just press the Chromecast button to connect and hit play. I've tested it out with an episode of Justified - while the implementation is a little basic (not to mention the fact that it's nerve-wracking to put your Amazon login info into a third-party app), it works about as well as any Chromecast app. You can pause and play at will via the app or the notification, and moving to different parts of a movie or episode is easy and surprisingly fast.

Primecast is a reasonable $2.99 with no in-app purchases. I wouldn't put it past Amazon to disable the functionality somehow, but for now, it works well.

Sony Shows Off AOSP Lollipop Builds For The Xperia Z1, Z2, And Z3