So, the brief previews of the Moto Maxx that made it look like a de-branded DROID Turbo turned out to be right on the money. Motorola just announced the device on its official blog, complete with a spec list that matches Verizon's DROID flagship spec for spec. This generic version of the phone has the same fantastic screen, processor, battery, and camera combo... but you're not going to get your hands on the Moto Maxx any time soon unless you live in Brazil or Mexico. 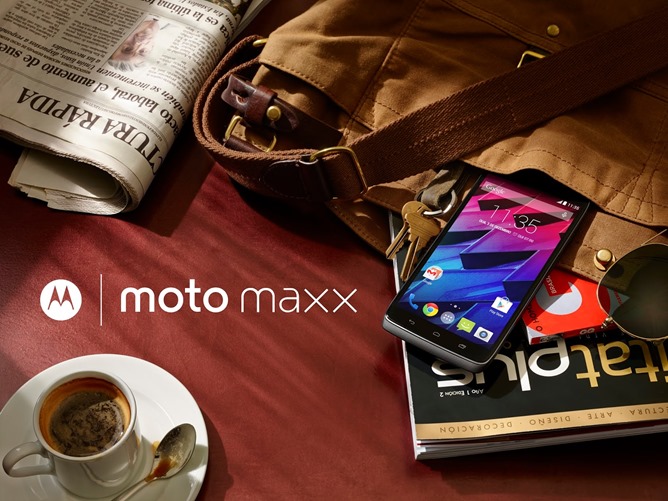 That's right, like previous versions of "DROID" hardware, you can thank an ongoing partnership with Motorola for the phone's unavailability in the United States. Moto's blog post says the Maxx will go on sale on Saturday, November 8th in Brazil, and sometime later this month in Mexico, with direct sales coming from Motorola.com. The Moto Maxx will also be sold in other Latin American countries, but the company failed to specify which and when. Considering that the Turbo goes for $600 in the US, and other countries usually get the short end of the currency exchange stick, I don't think it's going to be cheap anywhere.

There is currently no indication of a wider release for Europe or Asia, and no shiny promotional page with better photos, though that should come sometime after a scheduled event in Brazil. Though it hasn't been stated specifically, the Maxx presumably uses standard GSM bands and an unlockable bootloader (unlike Verizon phones), though the LTE bands will probably vary by country - currently Brazilian carriers use LTE bands 3, 7, and 38, while Mexican carriers use band 4.

Both the DROID Turbo and Moto Maxx depart from Motorola's current standard design with a Kevlar exterior and physical capacitive buttons, compared to virtual navigation on the various Moto X, G, and E models and the Nexus 6. Presumably that's part of Verizon's DROID aesthetic, recycled for other markets like some of the previous designs (see Milestone and RAZR models past). Even so, the phone's 5.2-inch 2560x1440 screen, massive 3900mAh battery, 21MP camera, and Motorola's well-received software will certainly earn it a few fans.