If you follow Artem on Google+ or check Reddit, you probably saw him discussing the likelihood that Google has delayed updating Nexus devices to Android 5.0. This was originally slated to begin November 3rd, but now the date we're hearing is November 12th. There's no official word, but it looks like a particularly troublesome WiFi bug in the developer preview might be to blame. 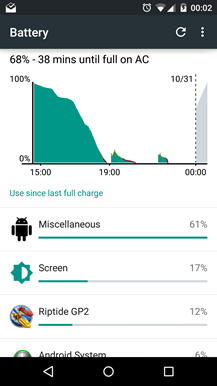 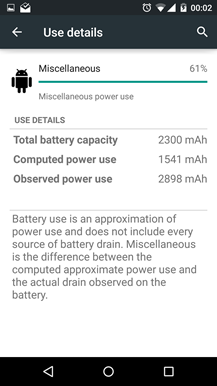 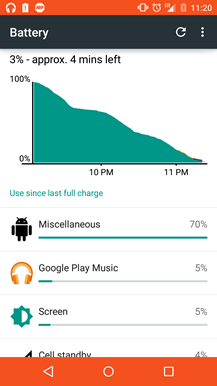 Users are reporting that the Nexus 5 is waking up frequently when WiFi is on, causing "Miscellaneous" to rocket to the top of the battery use menu. This entry is actually a catch-all of sorts that is supposed to account for the difference between observed and computed battery drain. Something is definitely wrong, though, as it's often taking up as much as 60-70% of the battery. Some have even seen it listed as more than 100%, which doesn't make a bit of sense.

Google has confirmed that the issue is being worked on, but we don't know the nature of the problem. If it's not rectified in time, the Lollipop OTAs might be delayed further. That's not the sort of bug you can leave in the final version even if you intend to push out a quick OTA.

Update: The bug is now marked as fixed. That was fast.

[Holy Shit] WhatsApp Starts Showing A Blue Checkmark When Your Message Is Read, Divorces And ...