The idea behind MONZO, a sort of simulator for Revell-branded plastic model kits, is actually pretty cool. You "open" a kit, read through a paginated, simplified version of the instructions, then "assemble" digital analogs of the real pieces from the kit. The 3D model of the, uh, model is extremely detailed, and the pan and zoom tools let you examine it minutely. If your phone or tablet has decent 3D capabilities, it's a surprisingly soothing experience. 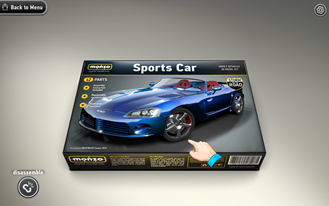 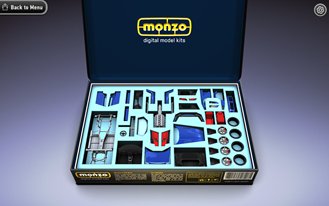 Once you finish a model, you can custom paint every piece (sometimes even sections of pieces), apply any decals you want anywhere you want, and take "photos" with a selection of backgrounds. You can even use your camera to pose the model on a shelf or in a real location, rotating and zooming it to fit in the real world. For model enthusiasts or kids, I can see how this would be a very cool way to play with a bunch of models without having to buy them or the associated glue, paint, and accessories necessary to enjoy the real thing.

Except that you do have to buy them. All of them. After the initial Dodge Viper model, you have to pay real money for each and every one. That wouldn't be so bad, except that some of them are quite pricey. This digital version of the Revell StuG 40 tank is ten bucks via a Google Play Store in-app purchase. 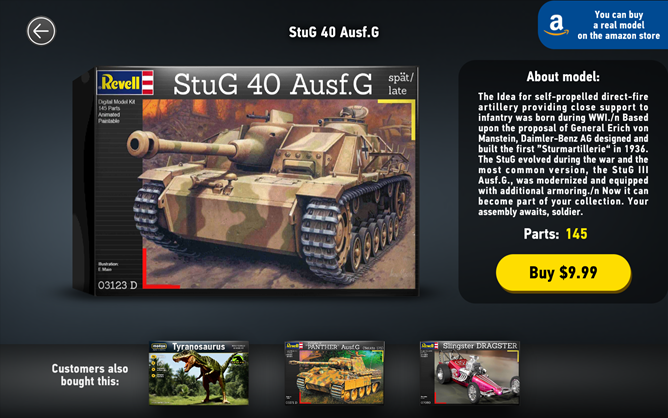 So how much does the real model it's based on cost? $15.99. Yeah, that's an insane price for 3D model of a model. Keep in mind, I found that price via the Amazon link that's actually included in the Monzo app. Madfinger and Revell are displaying an amazing lack of self-awareness here. 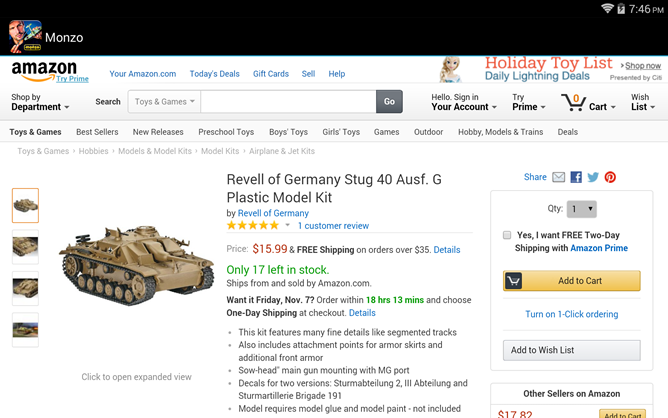 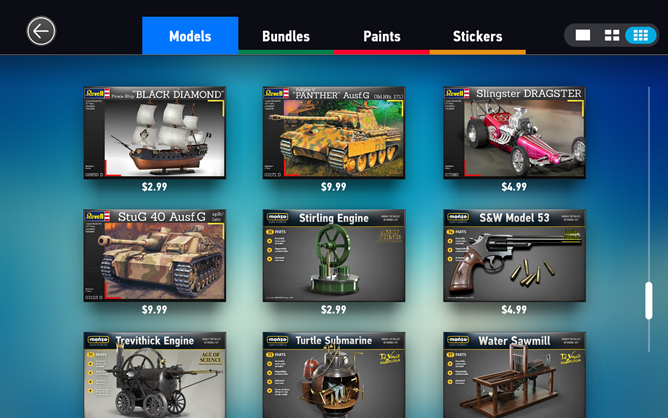 $1 or $2 per model, treating them as add-on "levels" for a game, might be understandable. At least it might be in the context of some of the insane in-app purchases available now. And to be fair, there are a few extremely simple models available at that price (all of which are apparently based on Da Vinci blueprints, and these Monzo models don't have real-world counterparts). But is it so hard to believe that maybe people would want to try out a model for free as a way to see if they wanted to buy the real thing? Perhaps without the significant investment that the miniature model hobby requires?

Monzo and Revell should have taken a hint from their contemporaries at LEGO, who release regular Android games that are basically fun little advertisements for real sets. I don't think any model enthusiast would buy a digital version of a model for an appreciable fraction of the price of the real thing. 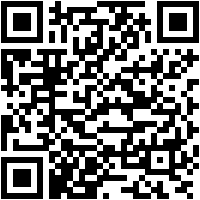 [Update: Fixed] The Android 5.0 Nexus Rollout Might Be On Hold Because Of A Serious WiFi ...