You can cross another one off your list—Google Calendar is getting its material design update today for Lollipop devices, according to Google. It's not just the design, though. The new version of Calendar is adding some awesome features and new layouts too. It's a big, big deal. This is usually where I tell you we have an APK for you, but we don't (it's out "in the coming weeks"). We do, however, have all the details for you to salivate over.

Here's the full rundown of changes from the new Calendar app. 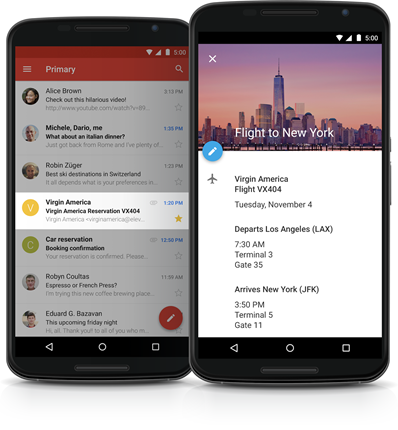 The event integration with Gmail seems like a logical step. Google Now can already pull out those context clues, so you might as well get entries in your full calendar app too. If it's not as smart as advertised, you can turn it off. Similarly, Calendar will be smart enough to suggest places, people, and events as you're typing. This, again, feels like some Google Now/Inbox juice being pumped into Calendar.

Schedule view is basically a better version of the agenda on phones. You'll get images, photos, and maps that match your events right there in the timeline. Additionally, the tablet layout includes a full month view calendar next to the agenda-style list. 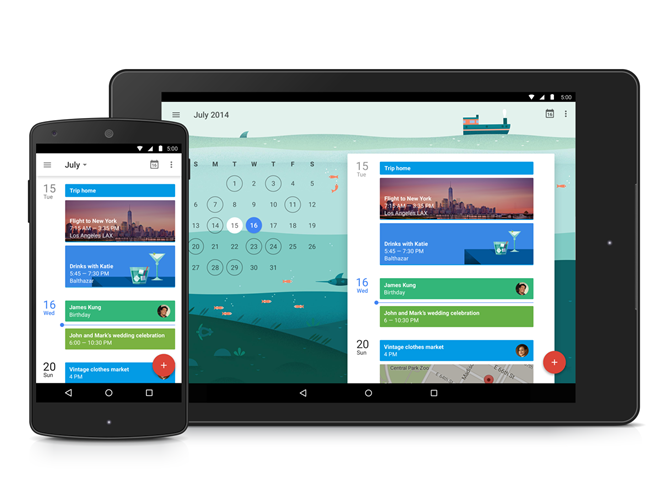 So when can you have it? Android 5.0 devices will get it today, but the Google Play build for 4.1 and higher will roll out in the coming weeks. That could mean almost anything with Google, but we'll have a mirror up as soon as we get the APK.

PSA: OEM Unlock On The Nexus 6 And 9 Requires Checking A Box In Developer Options