Verizon's ongoing DROID program means that most of the phones sold under the label will never appear on other US carriers. When the DROID Turbo was announced last week as one of the most high-end phones to come this year, more than a few of our commenters said that they'd prefer it to the Nexus 6 (also made by Motorola) due to its smaller size, if only a non-locked GSM version was available. It looks like that may soon be an option for some... at least if they live outside the United States. 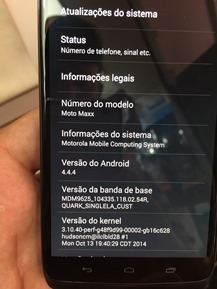 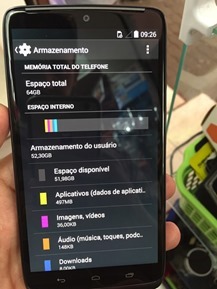 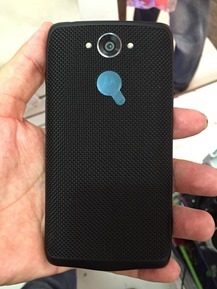 This morning photos of a phone that looks identical to the DROID Turbo (minus the Verizon branding) were posted to Google+ by one Guilherme Henrique, listed as a resident of Sao Paulo, Brazil. His caption, translated from Portuguese to English, reads "Testing the monster." 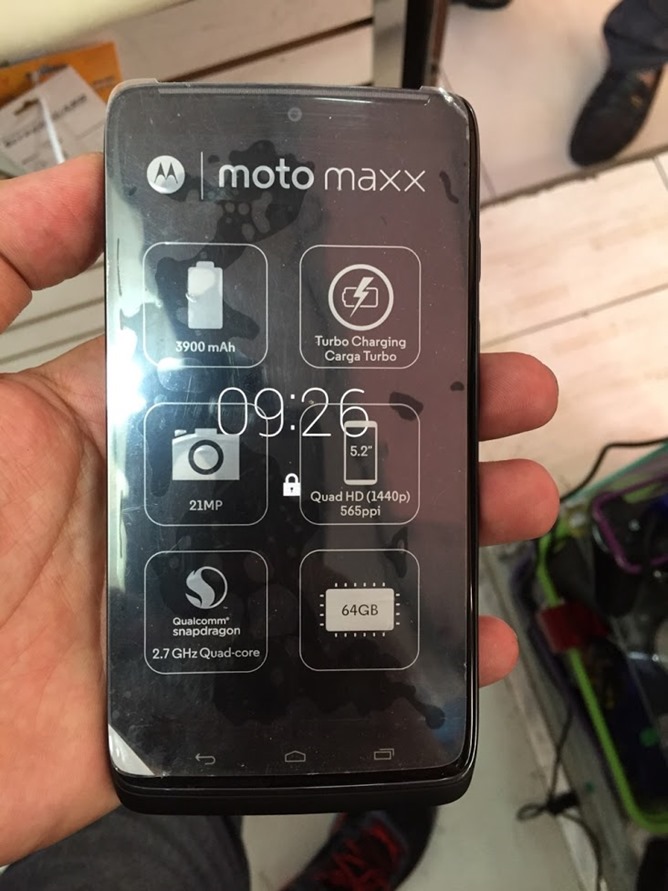 This photo in particular is important. While the others could simply be pictures of a DROID Turbo that made its way to South America, the temporary screen protector film lists the phone as the "Moto Maxx." That naming scheme drops the Verizon-exclusive label (which Verizon Wireless actually licensed from Lucasfilm of Star Wars fame) for something more generic. The specifications, including the processor, 5.2-inch QHD screen, 21MP camera, and massive 3900mAh battery, match the DROID Turbo exactly.

It certainly looks like this is an alternate model, and given Motorola's production history, it's presumably a GSM version meant to be sold outside the US. All the way back to the original DROID, Motorola has sold Verizon-exclusive designs under other names in other markets. The first DROID back in 2009 was later sold as the Milestone, the DROID RAZR and DROID RAZR MAXX were sold as simply the RAZR and RAZR MAXX, and the awful, awful name of "DROID Xyboard" for Motorola's second-generation tablets was changed to the only slightly better "XOOM 2" for Wi-Fi models and international 3G editions. Last year's DROID Ultra, Droid Mini, and DROID MAXX weren't sold internationally, but with the Moto X and Moto G also debuting, they didn't seem as vital. The Moto Maxx would seem to fit in with Motorola's international strategy, i.e., make something cool and call it "Moto Something."

The Moto Maxx could fill an underserved niche: customers who want the insane power of a Nexus 6 in the considerably smaller size of the Moto X 2014, or simply want a new Moto X with an oversized battery. This isn't the first we've heard of a "Moto Maxx" device - a Motorola trademark application earlier this year showed the company was interested. But it is the first time we've seen it clearly and reliably labeled as something distinct. Also see this report from a Portuguese language tech blog, citing an invitation to a Motorola event in (wait for it...) Brazil. That event will be held on Wednesday, and the promotional photo seems to match up with the Kevlar back and aluminum frame of the DROID Turbo. 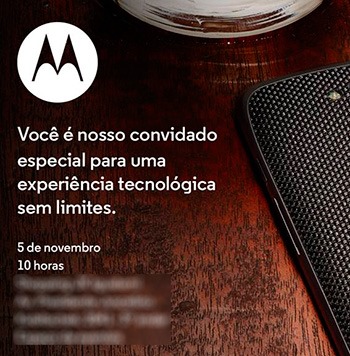 So, it's looking more than likely that at least one country will get a non-Verizon version of the DROID Turbo, complete with a GSM radio. Whether Motorola will release it elsewhere, we really couldn't say. But we can all but guarantee that it won't be sold in the United States. It's time to flip through your Rolodex and look for addresses in Rio de Janeiro.

HTC Desire EYE and RE Camera Are Coming To AT&T November 7th, Customers Can Save $50 By Buying ...