The Gmail 5.0 APK was, for many users, the sweetest thing they tasted on Halloween. But that release was just a very thorough preview, a test build that was essentially complete. Now Google is officially rolling the stable version of the app into the Play Store.

The changes here are predominantly bug fixes, but there is at least one user-facing tweak. Gmail has traditionally displayed an image in the background whenever you load up an empty folder. The last build we shared didn't show that picture. Now Gmail does again. 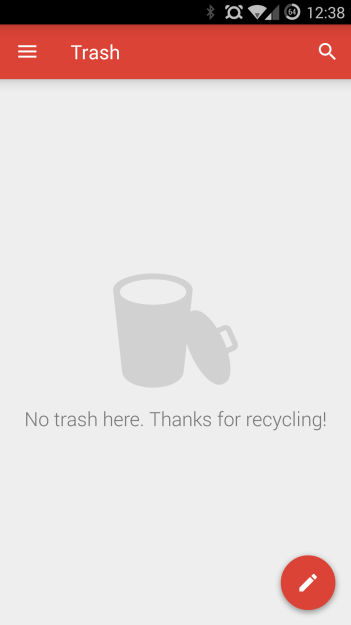 We don't have an updated Exchange APK to go with this release, so I'm going to have to point you back to the aforementioned post for that.

If you spot anything else, let us know. This is all we have for now, so let's just cut to the part of this article where you get your hands on the goods.

Android Platform Version Numbers For November: KitKat Moves Up Another 5.7%, Just In Time For ...

Microsoft RemoteIE Lets You Test The Latest Version Of Internet Explorer On Android (And Other ...