To be frank, October was a bit bare of notable game releases, unless you count ports and adaptations of older titles. Our monthly top seven contains three ports, one adaptation of a card game, and one modified version of a casual PlayStation title. Only Botanicula and Rovio's surprisingly engaging Retry stand on their own. Still, there's plenty to choose from if all you need is a diversion, and our Honorable Mention section includes some choice entries for RPG and horror fans.

Android Police coverage: Botanicula Is A Charming New Point-And-Click Adventure From The Makers Of Machinarium

Amanita Design sure does know how to make some interesting-looking 2D games. After gaining a significant following with Machinarium, the developer is back with a minimalist, charming platformer-slash-adventure game called Botanicula, which sounds vaguely like a supervillain. It stars a group of adorable plants moving through a tiny world, solving some basic puzzles. If the aesthetic in the artwork and trailer below are interesting to you, it's a safe recommendation.

Botanicula is a humor-filled adventure game created by the makers of award-winning Machinarium, studio Amanita Design and Czech band DVA. Five friends, little tree creatures, set out on a journey to save the last seed from their home tree which is infested by evil parasites. 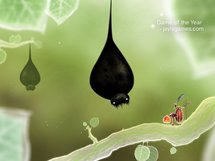 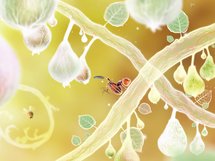 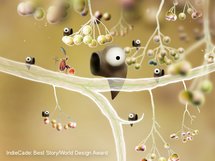 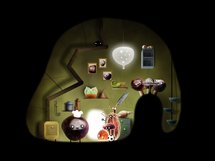 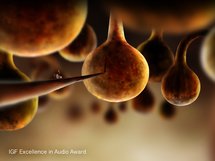 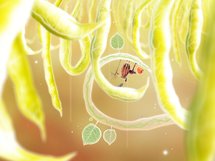 Rovio's RETRY is a Flappy Birds clone that... wait, don't skip this section so fast! Despite its obvious inspiration, Retry is actually a decent game, or at least as decent as it can be when its core mechanic is a famously frustrating movement system. Utilizing the odd physics it's possible to "fly" your plane across the level (instead of just, well, flapping), avoiding the obstacles and landing at airstrips for a breather. Yes, it's still stupidly hard - if that's a turn-off, then feel free to skip it.

From the guys sitting in the room next to the guys who made Angry Birds, comes RETRY – a game so hard, so addictive, so old skool that you’ll think you’ve stepped into an 8-bit time machine and gone back to 1986. Totally rad. You’re in the cockpit of a smoking, loop-the-looping, out of control, 8-bit jalopy of an airplane. Grab hold of the yoke, ace. It’s going to take raw skill and white-knuckle stunts to get through this one. Enter the danger zone.

In the 1990s, the History Channel showed nothing but WWII and Civil War documentaries. I think the latter would have been much more fun with steam-powered robots. Ironclad Tactics is another pilgrim from Steam, a lane-based strategy game set in an alternate history of the War Between the States. Tanks, soldiers, and movement orders are issued via a card system, but this is no IAP mess: the full game is a $3.99 purchase after the demo, with two expansion packs available for $3 each.

• No ridiculous in-app purchases. Unlock cards by playing the game, not by purchasing them separately.
• Experience unique gameplay, blending the precision of tactics and card games with the spontaneity of a fast-paced strategy game.
• Follow the campaign story through a fully-illustrated interactive graphic novel.
• Collect cards as you play through the campaign and build your own decks to crush your foes. 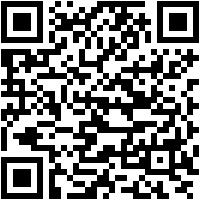 Haegemonia is a port of a classic space-based real time strategy game that begat a small but incredibly devoted sub-genre and fandom. You control a fleet of warships and fighters struggling for galactic territory in the single-player campaign mode. Fans of PC-style strategy will surely find a lot to like, and you can try out the first four missions in this demo version. The full game is a reasonable $4.

In Heagemonia Legions of Irons, the player has to explore and conquer the galaxy as the head of his fleet, planning colonization, terraforming planets, managing his resources and deciding on the appropriate technological research to lead mankind where he wants it to go.
Research, combined with a top-notch spy network, will enable the player to survive in a stellar system which is much more dangerous than it would first appear to be.

Holy crap, this game is pretty. While the mechanics of Entwined Challenge are simple, the effective use of shape and color in this relatively sparse 3D game make it almost hypnotic. Entwined Challenge is a mobilized version of a PlayStation Network game, and while it isn't quite as robust as its namesake, it's well worth the low price of entry. Guide a stylized fish and bird down an endless passage, and also something about a love story. I don't know. It's fun.

‘Entwined™ Challenge’ is an addictive action reflex game that will mesmerize your senses and challenge your skills. Can you control two characters independently and master their path to evolution? With a critically acclaimed soundtrack from Sam Marshall and stunning visual design, ‘Entwined™ Challenge’ will draw you into a unique sense of gaming zen. 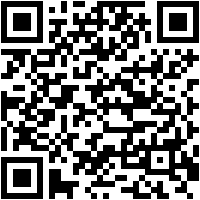 Sentinels of the Multiverse

As we continue to wait... and wait... and wait for Blizzard to bring Hearthstone to Android, why not check out a game from a developer that actually wants your money? Sentinels of the Multiverse is a turn-based collectible card game set in a superhero universe (or several, I suppose). Your deck is a team of good guys and their various powers that you use to dispose of the nasty hand-drawn villains. Based on a real game, this Android version includes a solo campaign and local multiplayer. It's pricey, but there are no in-app purchases.

Calling all Sentinels. Do you have what it takes to defend the Multiverse? Compose a team of superheroes, each with their own playstyles, backstories, and grudges. Pit them against a variety of maniacal and formidable villains. Defeat your enemies and save the Multiverse. Sentinels of the Multiverse is the award-winning game in which players join forces as heroes to combat a dastardly villain in a dynamic environment. At long last, you can play a 100% faithful adaptation of Sentinels on your tablet. Baldur's Gate fans, prepare to feel old: even the highly-anticipated sequel is nearing its 15-year anniversary. If you'd like to relive the memories of this classic top-down, real-time RPG on your tablet, or if you're just a completionist who likes to have every bit of it, now you can. Icewind Dale is $10 (not unreasonable for a game of this complexity), including the original expansions. Amazingly, it has been published on the Play Store before iTunes.

Evil stirs beneath the Spine of the World. In the northernmost reaches of the Forgotten Realms lies the region of icy tundra known as Icewind Dale. Journey deep into the Spine of the World mountains, a harsh and unforgiving territory settled by only the hardiest folk. Encounter fearsome beasts that have learned the cunning and ferocity needed to survive among the snow-shrouded peaks. Confront an evil that schemes beneath the carven glaciers and mountainsides to wreak destruction upon the face of Faerûn. Blizzard's annual game convention Blizzcon starts next week, and we're all crossing our fingers that the company's popular Hearthstone card game (which has been available on the iPad for months) will finally be published for the Play Store. Beyond that, we're also expecting at least a few more high-level releases as mobile gaming seeks to align itself with the mainstream release cycle.