Buyers of the Huawei Ascend Mate2 in the US are fuming today over news that there won't be a KitKat update for this device. It's not unusual for older devices to be left in the dust, but the Mate2 was announced in early 2014 and only went on sale for US consumers in June of this year. Huawei has shown some interest in breaking into the US market as of late, but the Chinese OEM is going to have trouble if this is the kind of support we can expect. 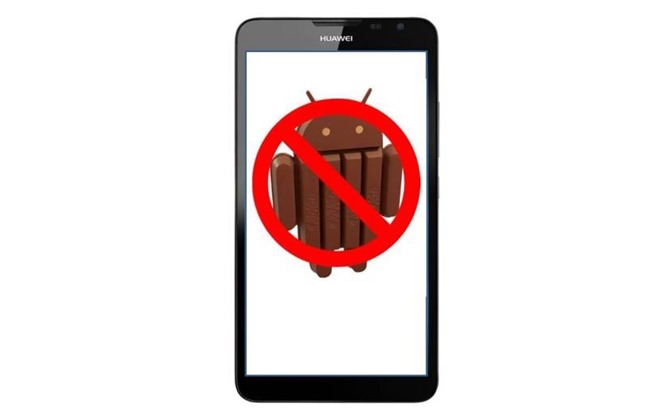 The Ascend Mate2 launched at $299 running Android 4.3 with Huawei's Emotion UI overlay. No specific promises were made about the KitKat update, but it was a brand new phone. The blog post announcing the news is really weird. It begins by thanking everyone for their support of Huawei, then breaks the news about the lack of KitKat. Then, like a bipolar hummingbird on speed, it flips back to promising new products with "superior hardware with the latest software going forward." I just... what?

The image above was actually used in the post, which seems supremely unprofessional. It's like rubbing salt in the wound for people who spent hundreds of dollars on a device that Huawei will no longer support. The Mate2 in other regions, however, is getting updated. Not cool, Huawei. Not cool.

[Deal Alert] Get $115 Worth Of Apps And Games For Free On The Amazon Appstore, Including Plex, ...

Runtastic Gets Updated With Fit Integration, Will Synchronize Your Activity's Stats With ...