Towards the end of this presentation, we hear that a second prototype, known as Spiral 2, will provide more of the device's space to developers and resources. Thanks to custom chips from Toshiba, the model will no longer devote over 50% of its space towards modularity.

The team is working towards rolling out a limited market pilot in 2015. There isn't a final price yet, but the components of the entry-level device will fall in the $50 to $100 range. The cost of individual pieces will appear in the future Ara Module Marketplace. 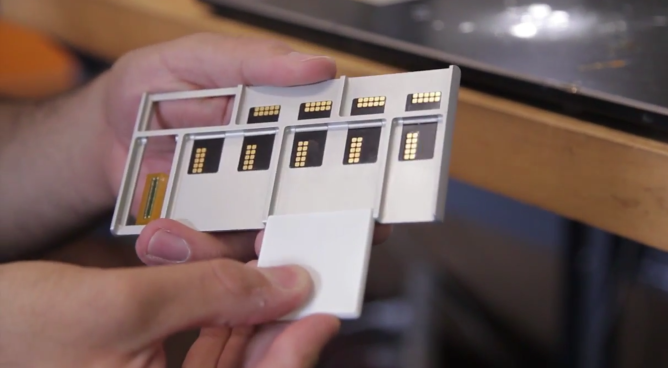 Look for the Spiral 2 prototype at the upcoming Project Ara Module Developers Conference in January, along with version .20 of the Ara Module Developers Kit. The first event will take place in Mountain View on January 14th and beam out to Google offices in New York, Buenos Aires, and London.

A second, identical event will occur in Singapore on January 21st and project out to Bangalore, Tokyo, Taipei, and Shanghai. Speakers will be at both, and Project Ara team members will be present at each of the satellite offices.

The deadline to apply is on November 26th. Applicants will hear back by December 2nd whether they're invited, at which point the $25-$200 fee will be due.