The new DROID Turbo for Verizon is a beast of a phone, but Motorola isn't letting it stand alone. The company also announced a proprietary see-through case for the device, with the somewhat benign name "Droid Turbo Flip Case." It's a pretty standard full-body flip case offered in either leather or nylon, but it includes a screen cutout and a transparent cover that lets you view the phone's active notifications, or even answer a call or take a photo, without opening the case. So yeah, it's basically like Samsung's S-View cases and their imitators. 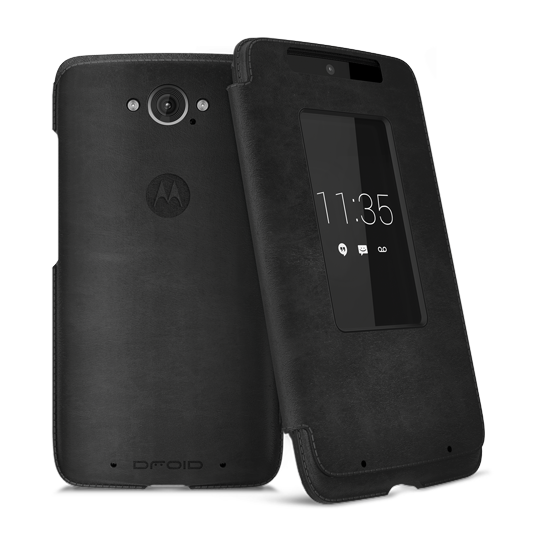 Though the Turbo's Flip Case isn't actually available to order yet, Motorola has already released an app to support its see-through functionality. The phone's Moto X-style notifications should work without any extra software, but presumably formatting the notifications, dialer, and camera apps for the cutout requires a little development footwork. According to the app description, pressing the power key while the case is closed will quickly show you the time, your next alarm, and the current battery level. I'm assuming that the phone uses either a magnetic or proximity sensor to verify that the case is closed or open, and that it supports the app. 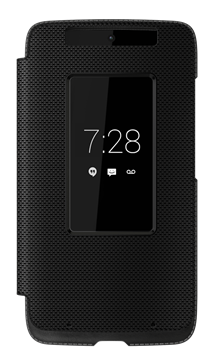 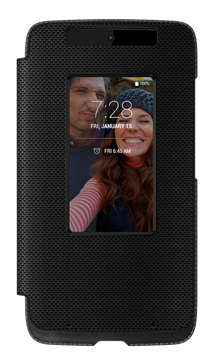 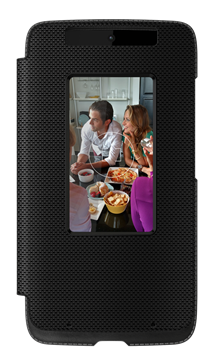 The DROID Turbo Flip Case will cost $59.99 when it's released, and presumably Verizon will have a few on hand for the retail launch tomorrow. That's pricey for a case, but not unheard of for this kind of design. Any takers? 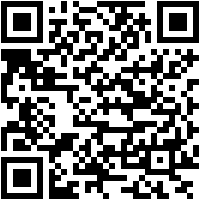