We've been seeing bits and pieces (and fully functional prototypes) of Google Stars for a long time now. The tool, which for now acts as a replacement for Chrome's bookmark manager, has been in development even longer, but it looks like the Chrome extension might finally be ready to roll (assuming it doesn't get pulled again) as Google released "Bookmark Manager" to the Chrome Web Store earlier today.

Despite the new name, the extension takes over chrome://bookmarks just as before, with options to organize bookmarks into folders, give those folders descriptions, and even share folders with others. Of course the interface for adding a bookmark is also updated. 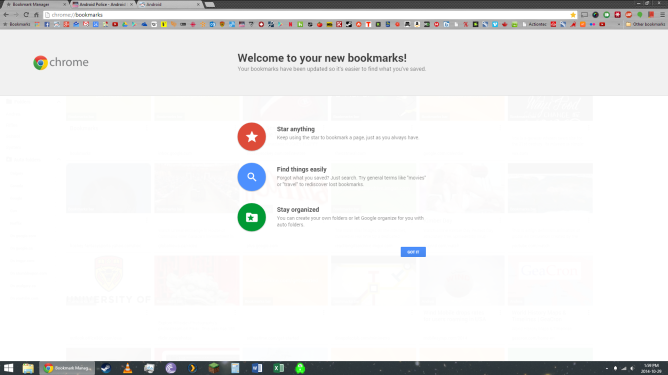 Though it's dropped the Stars name, the tool still brings a very welcomed improvement to bookmark management in Chrome, and we expect Google has even more in store.

Thanks Alfonso and Louis for the images, and thanks to everyone who tipped us!