I dig my TYLT VU, and it's how I charge my Nexus 5 basically every night. Like most users who get used to never having to plug in their phone, I get slightly annoyed when I have to search for the cable and stab the microUSB port for a dose of juice. Typically, this only happens in the car, because I've been using a standard car charger for what seems like an eternity. Till now, anyway. 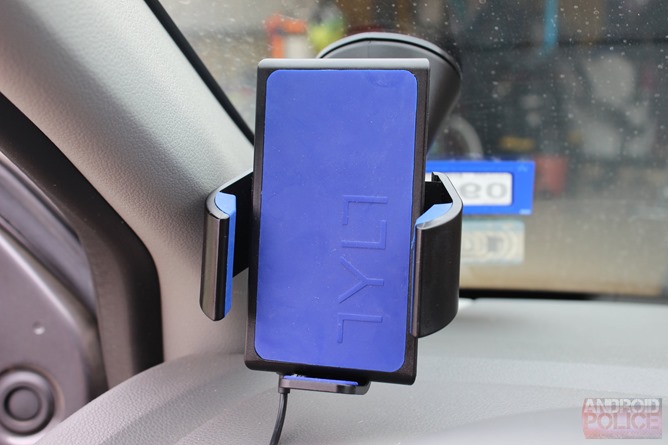 Today, TYLT is announcing the VU Car Charger, the company's first Qi-compatible wireless charger for the vehicle. I've been using it for the last week or so, and I already can't see myself going back to a traditional charger. The VU Car Charger is just too sweet.

If you're familiar with the VU (or any wireless charger for that matter), then you already know what to do: place your Qi phone on the charger, and it'll charge. That's it. While the VU isn't the first wireless car charger on the market, it's one of the sleekest I've seen, and it supports a wide range of phone sizes – including the Nexus 6 (confirmed by TYLT). The VU has two adjustable arms that snugly hold the device in place (they can hold phones up to 4.2 inches wide), as well as an adjustable/replaceable bottom bracket. The arms are one of my favorite features of the unit, as they don't "click" into place, but instead work along a smooth track. It's incredibly satisfying to hit the release button (which is on the backside of the charging plate) and watch the arms gently glide open. I love it. 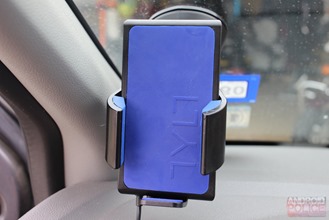 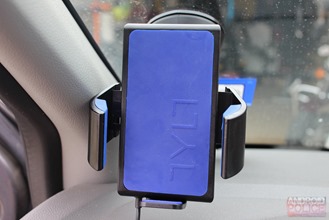 The base of the device features a nanosuction cup that adheres to basically any smooth surface and holds tight. I've had it on my van's windshield for nearly a week now and it's still going strong, but it wouldn't stick on the dash for more than a day because of the texture. Since I live in a state where it's legal to attach a phone mount/GPS to the windshield, however, that was the solution. The included power adapter features a pretty long cable, so I was actually able to put the unit to the left of the steering column, keeping it out of the way when driving but still in a good spot for GPS. Perfect.

Speaking of the cable, the plug also has an additional USB port for charging a second device, which is handy.

After spending time with the VU, I have only one complaint: it gets hot. Mounting a phone to the window already increases heat (thanks, Texas), and the VU charger actually adds to that. On one occasion, my Nexus 5 actually lost battery while in the charger with GPS running, which I can only assume is because of the additional heat (it was around midday and temperature was about 90). On the return trip around 10:00 PM (when it was much cooler), it didn't have the same issue. That proves that placement is crucial. Unfortunately, my van doesn't have a good place outside of the window to put any charger, so I'll have to deal with it one way or another. I am concerned about how the VU will hold up in the heat of the summer when it's 105+ here in the DFW area, but it's hard to say right now. 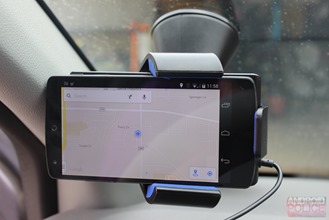 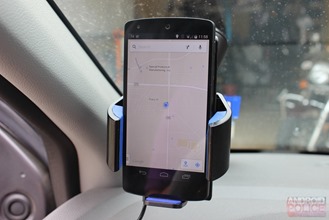 Aside from that one issue, I dig the VU Car Charger. It's a little pricey at $80, but the simplicity, ease of use, and overall elegance of this charger make it worth the cost. It'll be available soon directly from TYLT – head here to learn more.