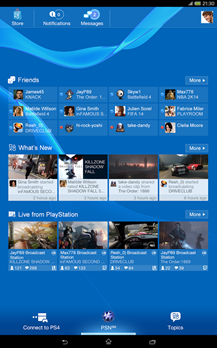 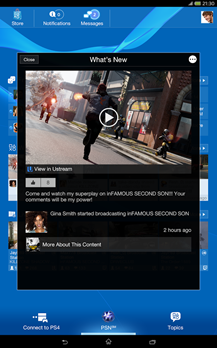 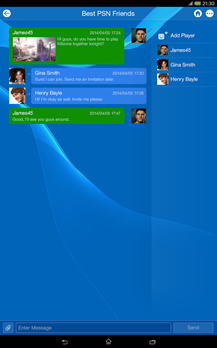 In addition to formal support for tablets, the homescreen has been redesigned, though you might have to look twice to notice. Even on smaller screens the homescreen now shows a basic friends list and game notifications on the PSN tab, but the rest of the app seems to have been given a very light buffing - it's still using the all-blue background and very few contrasting colors. According to the updated text in the Play Store, players you may know will also appear in your Friends list as suggestions, as with most social networks. 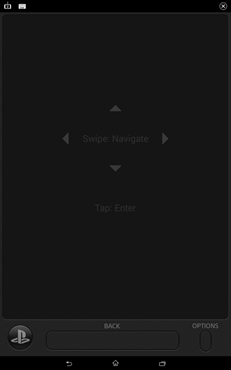 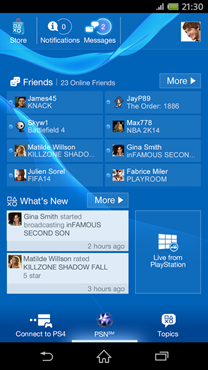 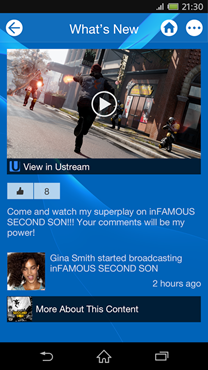 You can also search for people based on their real names, as opposed to their PSN avatars. Of course that will only help if you know their real names, and they've actually used that name to register their PSN account. Otherwise you'll still have to look for FragMaster69 manually, hopefully while there's no one else in the room. 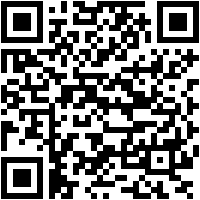