Good news if you make a lot of short calls overseas. Google had started offering the first minute of Hangouts calls to 25 countries at no charge. It only lasts through the end of 2014, but that's still not a bad deal. 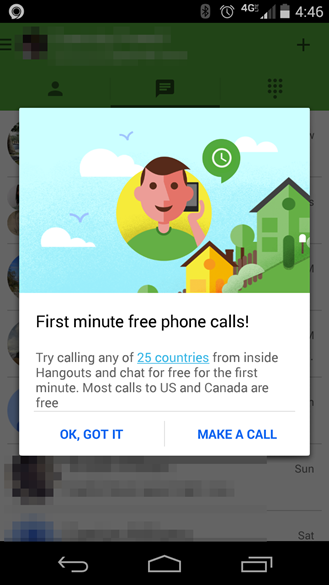 Here's the list of countries with free minute support.

Calls that are eligible for the free minute will display "first minute free" on the call screen. Google points out the offer is subject to "usage and abuse limits." So if you thought you'd have an hour long conversation in 60 second increments, think again.