When the 4.4W.2 firmware version began rolling out a few days ago, it became possible to swipe down on the top-most card to show an unobstructed view of your favorite watch face. This still left Wear with the irksome tendency to put a card preview back on top when a new notification came in. Not only did the W.2 update give us the ability to hide that card, but there's also an option to keep new cards from getting in the way. Now, if you disable "Card Preview," notification cards will be hidden when the watch screen dims and after it wakes up. New notifications will still appear in their full form for a couple of seconds, but they will will not leave any trace afterwards, so that your watch can get back to looking like an actual watch. 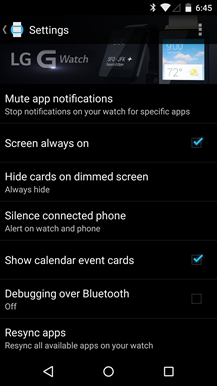 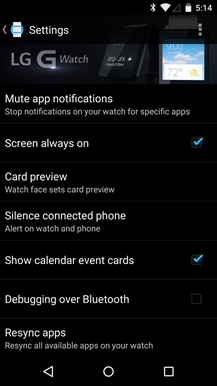 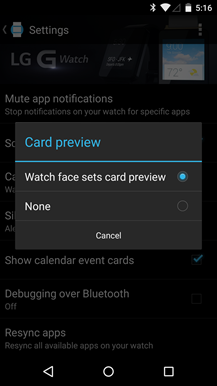 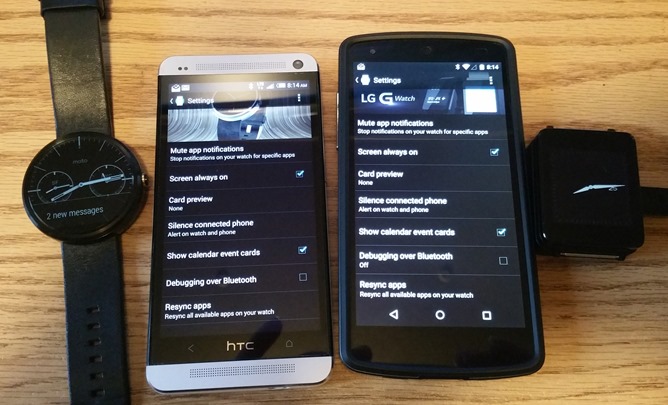 The toggle for this setting can be found in the Android Wear companion app by pressing the Settings button in the top right corner (it looks like a couple of gears). Prior to a minor update to the app that began rolling out a couple of days ago, the option was called "Hide cards on dimmed screen," but it's now simply referred to as "Card preview." It doesn't actually matter which version of the Android Wear app you're on, the option works the same way, as long as the watch is running 4.4W.2. Simply disable previews and you won't have to worry about notifications getting in the way ever again. Of course, this also takes away the visual cue that you've got pending notifications, unless the watch face itself has some kind of indicator.

Even though it's not really necessary to rush on this one, feel free to download the latest Android Wear companion app. Note, this version also brings a small update to the Wear-specific Google Play services apk on the watch. Warning: it will probably force your watch to restart after installation. There's really nothing too special in the new version besides the updated name for Card preview and a few bug fixes, but it won't hurt to update sooner rather than later.