Deezer, a company that provides an online music streaming service, announced today that it has acquired Stitcher, the well-known internet radio and podcasting brand. Sometimes acquisitions leave us scratching our heads in confusion. Other times they leave us feeling uneasy as we wonder whether the buyer will be able to successfully navigate the market they're now setting foot in. Occasionally companies are simply after talent. Then in certain situations, we watch as beloved brands disappear under a competitor's name.

In this case, it's easy to see why Deezer would want to acquire Stitcher. The company hopes to expand its talk radio presence, and Stitcher is a successful player in that field. The app is the most popular podcast client in the Play Store, and it's number two in the Apple App Store behind iTunes. 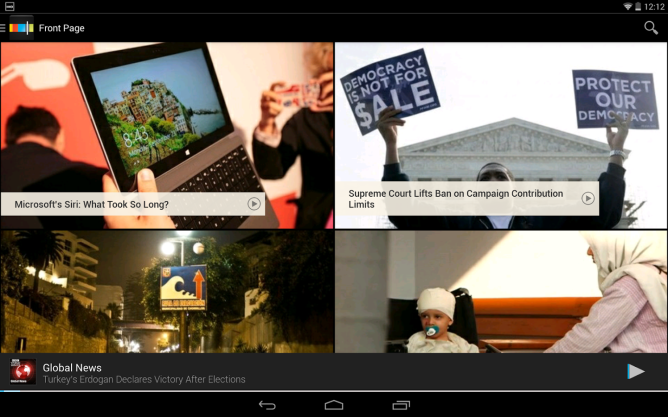 This is Deezer's first acquisition of a non-music company. According to TechCrunch, it's using the 35,000 shows and podcasts in Stitcher's library to create its own service called Talk. For now, users will still have the option to continue accessing podcasts through the usual Stitcher apps and website.

Deezer's motivations don't stop there. It also wants to become a stronger player in the area of automotive entertainment. Stitcher comes integrated in various new vehicles, and Deezer wants in on that action.

Peruse the full press release below for more details.

³Almost every music listener listens to some form of talk radio, whether it is news, entertainment or sports,² said Daniel Marhely, Founder of Deezer. ³We see the ability to deliver better talk streaming solutions in the same way that we are doing in music to super serve the needs of our global audience of 16 million users and growing. The acquisition of Stitcher helps us realize this opportunity.²

Deezer will further expand its distribution into the automotive entertainment market where Stitcher is already enabled in more than 50 models, including BMW, Ford, General Motors, Jaguar and Mazda vehicles and was an Apple CarPlay and Android Auto launch partner.

³Deezer has become a market leader by meeting the different and unmet needs of music consumers around the world,² said Noah Shanok, Chief Executive Officer of Stitcher. ³We look forward to continue to evolve our leading offerings and deliver the most complete and best digital audio experience for listeners everywhere.²

Deezer will continue to support Stitcher¹s award winning mobile products, where Stitcher has the number one rated podcast app on Android and the second most popular app on iOS behind iTunes.

Deezer is the first truly worldwide digital music streaming service in over 180 countries, with 16 million monthly active users and 5 million paid subscribers worldwide. Deezer is at the forefront of a music revolution, allowing fans instant access to the largest music catalogue in the world, with more than 35 million songs and 30,000+ radio channels on any device. Combining the best of man and machine, Deezer¹s global editorial team searches for the best music around the world and its algorithmic recommendations help fans discover music they will truly love. Deezer is available on your favorite device, including smartphone, tablet, PC, laptop, home sound system, connected car, smart TV or Xbox.

Launched in 2007, Deezer is a privately-held company, headquartered in Paris with offices in San Francisco and around the world. Deezer is currently available as a free download for iPhone, iPad, Android and Windows devices or on the web at deezer.com globally outside the US.