Okay, I know that the NHL 2K franchise had been around for over a decade, first appearing on the Dreamcast back when seeing 2K after a three-letter acronym meant that you were probably looking at a sports game published by Sega. 2K expanded the series out to other consoles in the coming years, only for it to eventually disappear from the scene entirely. Now it's returning as a mobile experience exclusively available on Android and iOS. 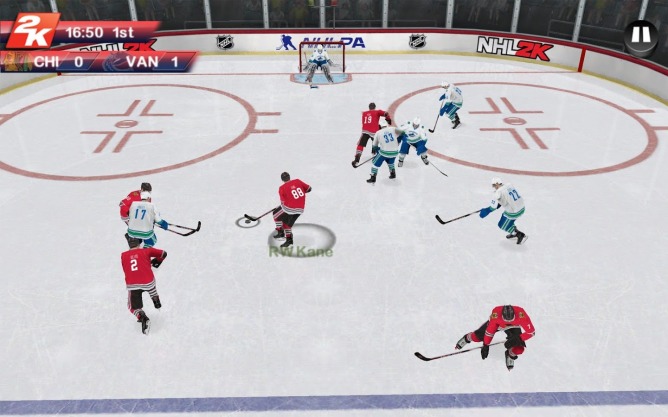 NHL 2K has a career mode to occupy your time when playing alone, along with 3-on-3 quick matches that require less of a commitment. If you want to play with friends, there's a turn-based multiplayer shootout mode that tests who has the best swing. The game works with Bluetooth controllers, so you don't need to swipe at the screen for too much if you don't want to.

The game costs $7.99, and this should provide the full experience. The Play Store page currently says that the game contains in-app purchases, but this is probably safe to overlook. No purchase details are listed at the bottom of the page, and the iOS version doesn't feature any to speak of.

Google Posts Details For Updated AppCompat-v7 r21 Library For All Of Your ...