I know a lot of people with kids. And from those people, one of the most common questions I get (especially this time of year) is "what's a good tablet for my child?" In the past there has only been one answer to that: Fuhu's nabi. The age of the child has a lot to do with my recommendation, of course, as there are different nabi series for varying ages. But the point is the same: the nabi has been the reigning champ of kids' tablets.

But that has changed over the past couple of years, and Fuhu is starting to get a run for its money. Samsung has the Galaxy Tab Kids, Amazon has the Fire HD Kids Edition, and there are slews of newcomers hitting the market every day. I've been playing with one such newcomer, the Kurio Xtreme, for the last couple of weeks. This $130 Intel-powered tablet has a lot to offer, but can it compete with all the other options on the market?

On the outside, the Kurio Xtreme looks the part – like a kids' tablet. My review unit has a bright blue bumper (though there's also a pink version available), which seems to be made of the same silicone stuff that the nabi bumpers are made from. This protective layer essentially keeps the sides and corners safe in the case of the fall, which makes sense, as that's the most likely place for a dropped device to land. The back is open, exposing a huge Kurio logo, along with an Intel Inside emblem. 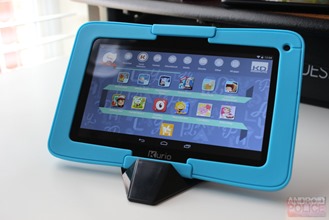 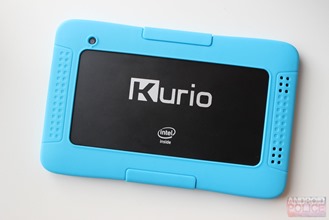 The control layout is stupid-simple, with power, volume, microUSB, and the headphone jack all flanking the right side of the device. The volume rocker is actually at the bottom of the right side, which is strange, but it works. Since the side of the silicone cover has to be left open to allow access to the device's ports, the sides of the tablet itself also match the bumper for a more unified look. I like that.

On the hardware side, the Kurio is pretty mediocre. While I understand that a kid doesn't need a powerhouse tablet, 1GB of RAM is pretty long in the tooth and all the pre-installed apps take up over half of the 16GB storage partition – this tablet would see a much longer life with more storage and an additional gigabyte of RAM. Of course, that would also jack the price up, so the decision to go lighter on specs was necessary to hit a specific price point.

Then there's the display. If there was one area where Kurio shouldn't have taken a shortcut, it's here. This is one of the worst displays I've seen on a device in the past year or so – the viewing angles are absolute garbage, colors are meh, and the resolution just downright sucks. That said, it is similar to the nabi 2's display in terms of spec, but it's worth keeping in mind that device came out over two years ago (and the display still looks better). On a device that was just released, this is unacceptable. 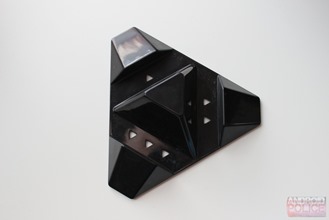 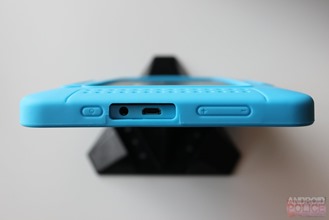 Left: A stand that ships with the tablet. The bottom is slippery.

Aside from the display, the rest of the KX's hardware is pretty solid, and the build quality feels good. That's pretty important on a tablet designed for kids, because it needs to be able to withstand the inevitable drop (or throw). I don't see the KX falling apart any time soon, and it appears to be able to take a beating. My two-year-old can get pretty rough on tablets pretty quickly, and the Xtreme took the abuse like a champ. In that regard, it absolutely lived up to my expectations.

On the software side, Kurio does a lot of things right, especially compared to the competition. For starters, it uses Android's native user system, so it's far more intuitive than something like nabi's proprietary user-switching. That said, the setup process is a little more convoluted. Instead of setting up a new kid's profile through Android's settings menu, you still have to create it through the Kurio app (which I guess makes sense, as this allows all the parental controls to be specified during the creation process). Once it's all set up, however, it'll appear in the settings menu along with all the other user profiles. It's actually pretty clever, and I really dig it. 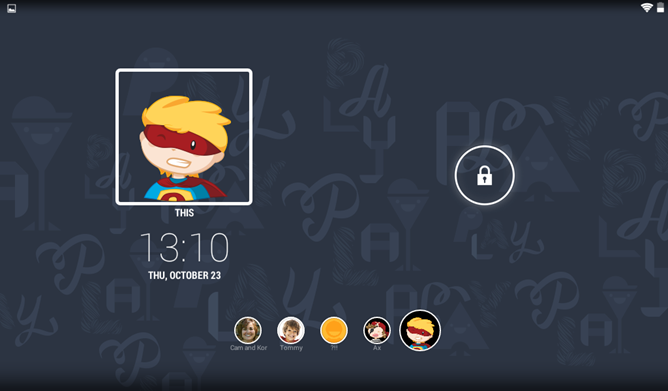 Like the nabi, a child's profile has a completely different launcher and several educational apps (in fact, the KX and nabi 2 have a lot of the same apps pre-installed), and I found the overall interface a pleasure to use for the most part. It's simple, intuitive, and – most importantly – easy for a kid to use. The top of the interface is where the user can move between pre-categorized apps, like games, educational, media, ebooks, "other," a specially curated selection from Kurio, and, of course, all apps. Tapping on one of the categories will display all the applicable apps down below, which show up in a swipe-able menu, not dozens of pages. It's pretty nice. 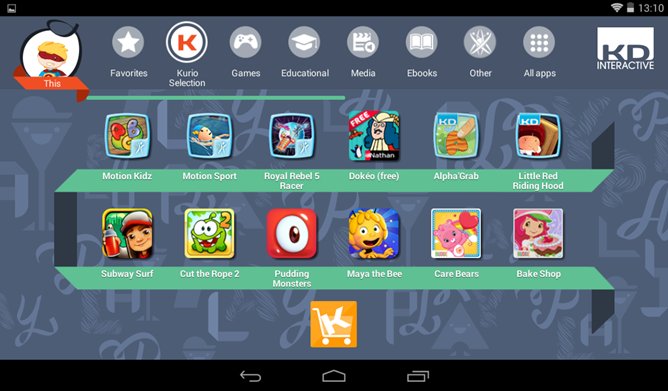 While the status/notification bar is present in kids' mode, what the child has access to is very limited – basically everything is hidden behind a parent-specified PIN code. So, essentially, the interface is locked down.

As good as the interface is, however, it's all overshadowed by the slow-as-dirt performance. Some of the most common tasks – like switching between profiles for example – are painfully slow. It also took upwards of 12 seconds to launch some apps, which is just absurd. This is the type of thing that's sure to frustrate a child, because let's be honest here – kids aren't really known for having patience. Really, it's probably going to frustrate the parents just as much. 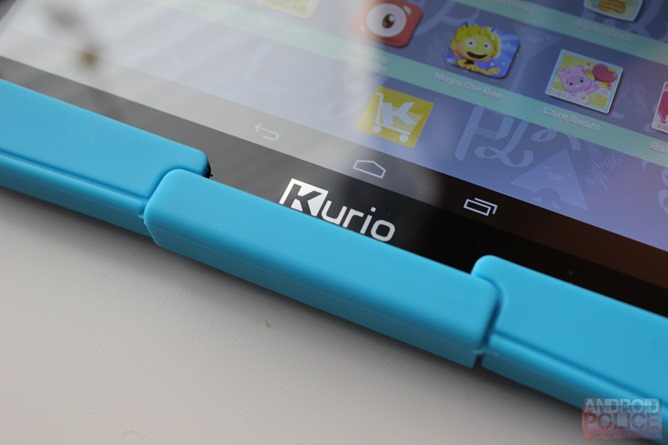 The Kurio Xtreme gets a lot of things right. The kids' interface is great, and there are loads of pre-loaded educational software. Unfortunately, the company really dropped the ball on the hardware, which resulted in poor performance and an awful display. As good as the software may be, it's almost impossible to recommend the Kurio Xtreme in its current state – if the next revision has slightly beefier specs and a better display, then we may have a different story on our hands. For now, though, you're better off looking at something like Amazon's Fire HD Kids tablet for just a little bit more.

Verizon's Xperia Z3v And Galaxy Note 4 Are Available Now At $200 And $300 On Contract, Respectively