Now that you can put widgets on your lockscreen, there's a whole host of things you can do even before unlocking your phone. and if that's not enough, there are a few alternative lockscreens that will let you do even more. Today we're getting another one from a slightly surprising source: Microsoft. Say hello to the Next Lock Screen, an app from the company's Microsoft Garage internal team.

I say it's only slightly surprising because Microsoft has been releasing a staggering amount of Android apps of late. But I digress: Next Lock Screen attempts to combine an agenda view sourced from your phone's calendar with a quick launcher system, accessible with a swipe up from the bottom of the screen. Based on that, you could replace it by just disabling the lockscreen entirely, but the developers did throw in some extra handy features. 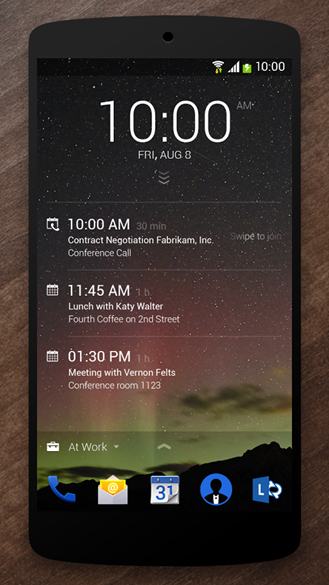 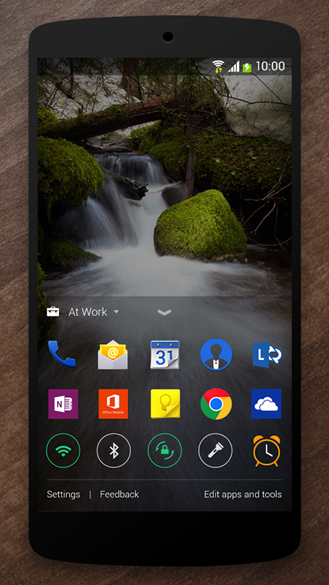 First of all, Next has a series of profiles that make certain apps appear at the bottom-dock: work, home, and on the go. These should auto-populate based on whatever you happen to be doing at the appropriate, approximate times of the day. These can be moved around or dismissed (with an animation that is, for some reason, exactly like the iOS homescreen), but not manually expanded. There are a few tools as well, very much like the old "power widget." It includes a flashlight. Yes. 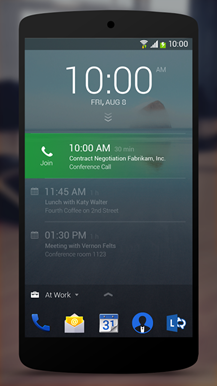 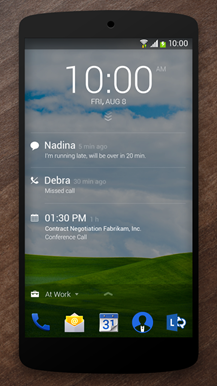 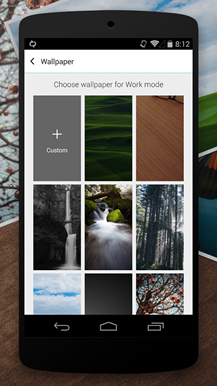 Next can do some other cool stuff, like automatically initiate a conference call. I assume that relies on Skype, though I can't see how to initiate it. Unfortunately there are no security options, so you'll have to run Next on top of a regular PIN/password/pattern lock if you care about keeping your data away from prying eyes.