"OK Google, what is Microsoft Garage?" Well, Rita, it's an idea incubator for Microsoft employees who like to dabble with things non-Microsofty in their spare time, like Android for example. They have a crush on us, but they still can't completely deny their allegiance to the quad colors of Redmond so they indulge by mixing in some Bing bangy bongiddy features. "Ah, thanks Google. Can you give me an example?" Sure Rita, that Bing Torque app they just released, though if you ask me, they need a copy editor for their Play Store listing: "It is like to have Microsoft’s Cortana running on your smart watch." That was a direct quote and it is like to read a torturous story for me. 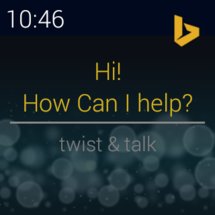 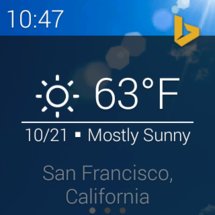 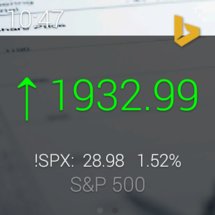 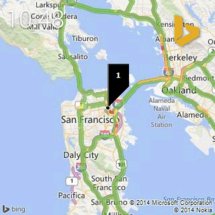 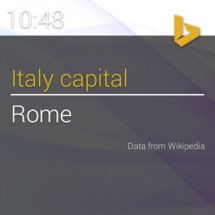 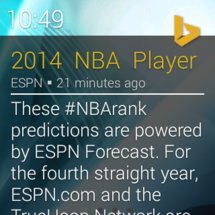 But I digress. Bing Torque is a thing. It's an app that lets you launch Bing searches on your Android Wear watch by simply twisting it forward (away from your body) and then back (towards you). You'll have to sign up with your Microsoft account to use the app, but aside from this little hiccup, it seems to work surprisingly well, launching infallibly every time I performed the gesture and detecting my voice quite accurately. The answers (and their usefulness) might be dependent on what you expect from a voice search agent. "What's the capital of Lebanon?" and "Who is Jim Parsons?" worked well, but "How much are 20 pounds in US Dollars?" failed to give me a direct value in any of the first results, while Google would have put that as a card on top of its web search.

I'm still trying to figure out where Bing can trump Google (if it can) so if you know examples of searches where having Bing is an advantage, let me know. Otherwise, you can install the app too and see if you have better luck than me. Bing Torque should work on Samsung's Gear Live and LG's G Watch, but seems to have sensor issues on the Moto 360. Another thing to consider is that you might end up triggering the app frequently if you gesticulate as often as I do. *Throws hands in the air and shakes head furiously.*

Google+, Hangouts, And Other Google Services Are Currently Crashing Left And Right [Update: ...