Every smartphone out there might not be able to use a microSD card, but it can take advantage of a full-sized flash drive. Hey, hear me out here. I'm well aware that Android phones don't come with big USB ports, but SanDisk has produced a flash drive that your phone or tablet can access wirelessly. While they're not a perfect solution to the problem of limited storage, they're one of the best options out there. 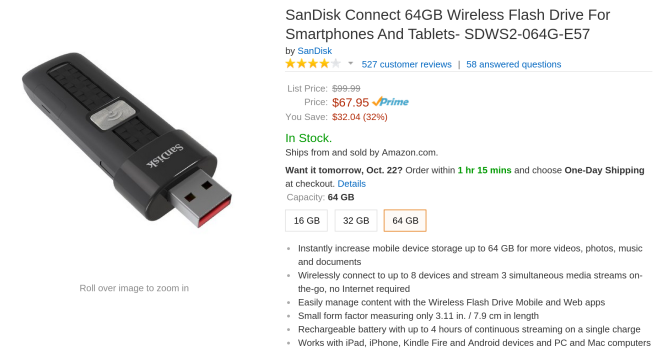 For a thorough look at how SanDisk's wireless flash drives work, take a look at our review. A year has passed since then, but the core user experience remains the same.