We've already seen about a half-dozen Google apps leaked in a Nexus 6 system dump, but we haven't taken a look at Google Drive yet. The app does have some material design in store though - as with the others - it's still in testing, so anything could change. That said, it's worth taking a look. Google Drive has implemented many of the new material design paradigms that make the app cleaner, leaner, and easier to use.

Let's start with the first-run. Google has majorly improved its treatment of imagery in material design, opting for a textured, colorful, graphical style that isn't as flat as its predecessor yet maintains the fun, airy feel that Google imagery is famous for. The imagery is my favorite part of the new onboarding process, but my second favorite part is that it doesn't use that weird, ambiguous scroll-up model the previous version used. Feast your eyes: 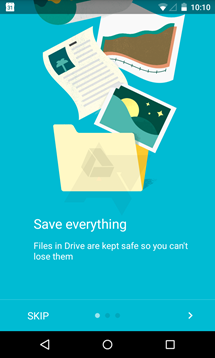 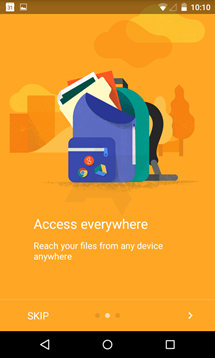 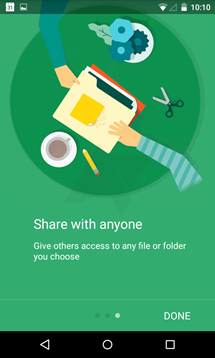 Once you're inside the app, everything will still feel very familiar. The tile/list view controls are still there, and the hamburger is just the same as it always was but with new iconography and a style that brings it closer to the other material apps. 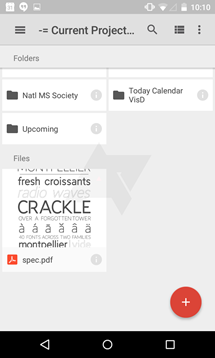 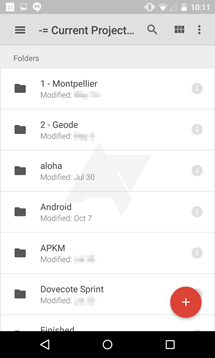 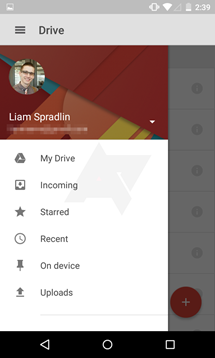 You'll also notice that the bottom bar for creating/adding documents is gone and in its place is a red FAB. The FAB encompasses all the actions for adding a piece of content. Instead of having three items along the bottom (one of which spawned its own modal dialog), you've just got this one button that triggers a bottom sheet with all the actions you could possibly want. It's interesting to note that the bottom sheet in this version of Drive has rounded corners, something unseen in Google's spec. 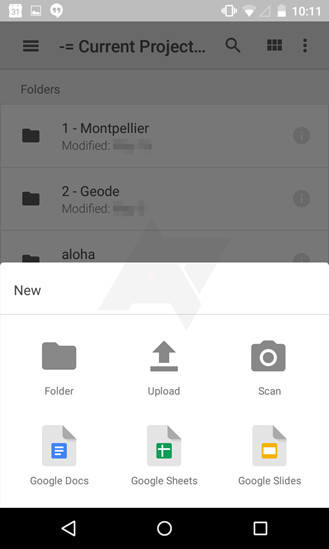 As stated before, things elsewhere are very familiar. The bulk of the changes to the Drive app besides what's mentioned above are visual tweaks - flattening out tiles, updating iconography, and tweaking layouts. The folder info interface is a great example of this. The same elements are present, but they are presented in a fresh, updated way. Check out the comparison below. 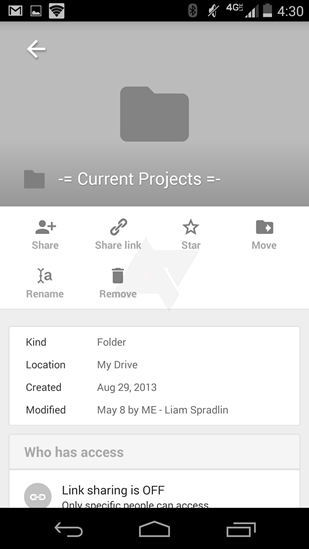 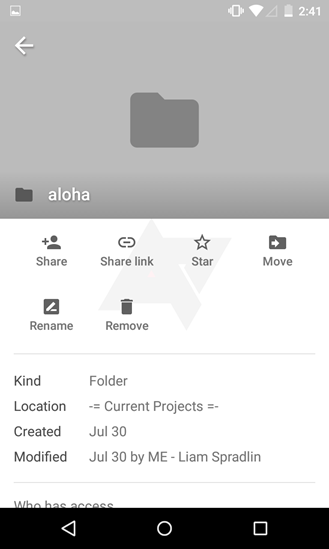 Here's looking forward to yet another material app update and seeing what else might be new by the time the new Drive becomes available.

[Android 4.4W.2 Feature Spotlight] You Can Now Swipe Down To Get Notifications Off The ...