We've known Google was looking to bring Chrome into the app switcher since we learned some details of "Project Hera" earlier this year (and confirmed at I/O). The framework for making that happen appeared in Chrome beta in September, but now it finally works in the new developer preview. 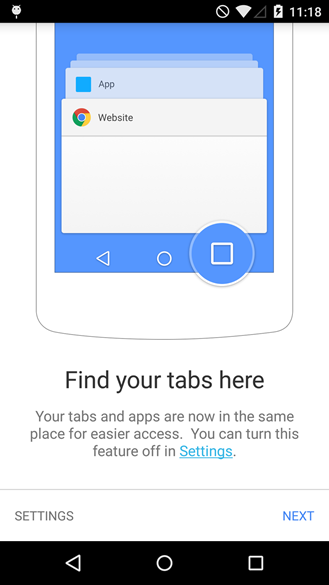 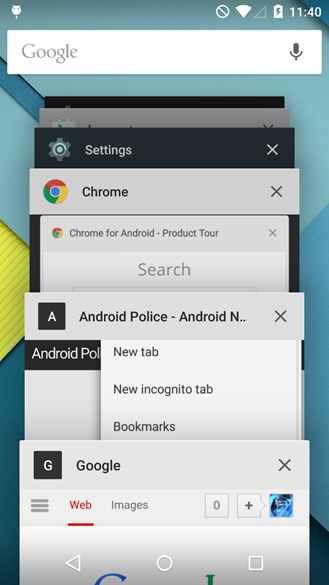 When you open Chrome Beta on Android 5.0, you will get the above splash screen telling you where to find all your tabs. They will be treated as separate tasks in the card stack, which you can float between as if they were apps. This also removes the tab button from Chrome. That makes a certain kind of sense—when you're switching to something else, you always go to the same place. 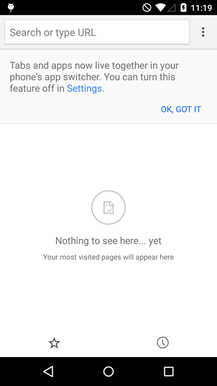 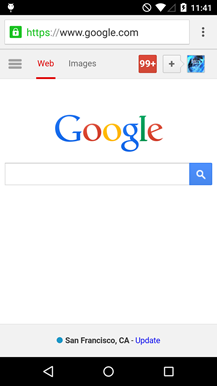 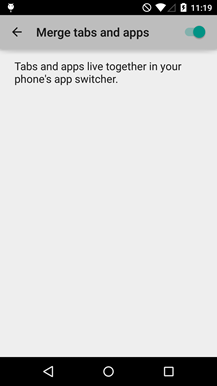 If your brain just doesn't work like that, no problem. You can jump into the settings and disable that under the "Merge tabs and apps" option. Presumably this feature will be in the stable build of Chrome by the time Android 5.0 hits devices for real.

Check Out Gmail 5.0 For Android And Google's Plan To Handle All Your Email Accounts In One App