Continuing our journey through the new Google apps from Android 5.0 Lollipop, let's make a quick stop at Google Play Music. The update to this app has been anxiously awaited since it was demonstrated at Google I/O. And indeed, even Google's own product page for the Nexus 6 shows off some of the animations we've been salivating over for months.

The Google Play Music app found in a leaked dump of the Nexus 6 doesn't contain those animations, sadly, but it does continue the app's march toward compliance with Google's new design spec with bolder colors, new iconography, and a few touches that will set the stage for future awesomeness. Of course all of this is fair, since the app is coming from pre-release software and likely isn't quite done just yet.

All of that said, what's new? The biggest difference is in visual tweaks to things like the hamburger menu and the actual playback interface, so we'll take a look at that first. The front page is largely untouched, with a shortcut to "I'm feeling lucky radio" displayed up top with recommendations below. The hamburger menu has assimilated to the other hamburger updates we've seen recently. It's got illustrative iconography next to each item, and a parity of color and typography between the upper and lower portions of the menu. The profile switcher is untouched. 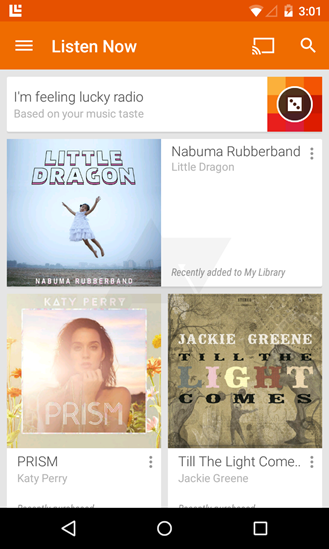 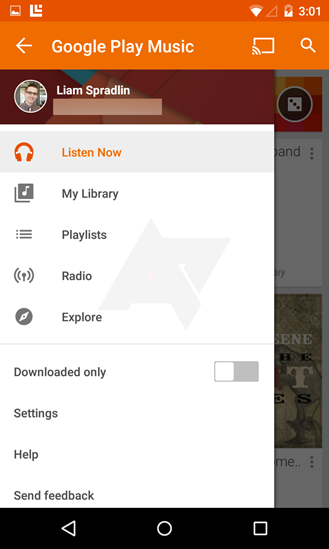 The playback interfaces for albums and playlists in this app are identical, but they're both much prettier than their old counterparts thanks to the addition of a "Play" FAB and a bigger emphasis on album art. Likewise, the individual track playback interface (which still slides up from the bottom of the screen in this version) has new iconography for playback and ratings, along with slightly spiffed up queue, repeat, and shuffle icons. 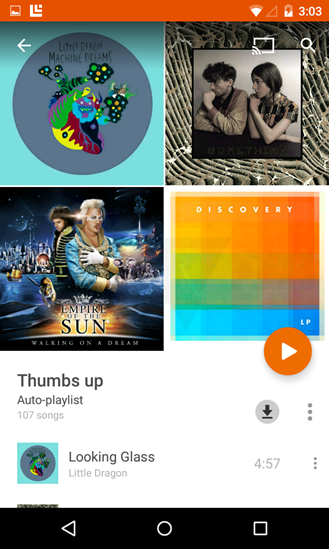 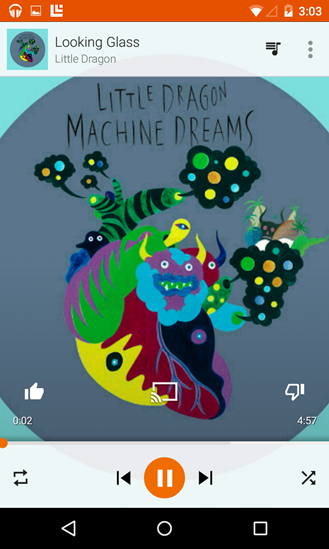 The same striking landscape layout is also present here, with album art taking up the background and a sparse, clean sheet of paper sliding up through the middle on top. This paradigm appears in the Play Store and Play Movies these days too. 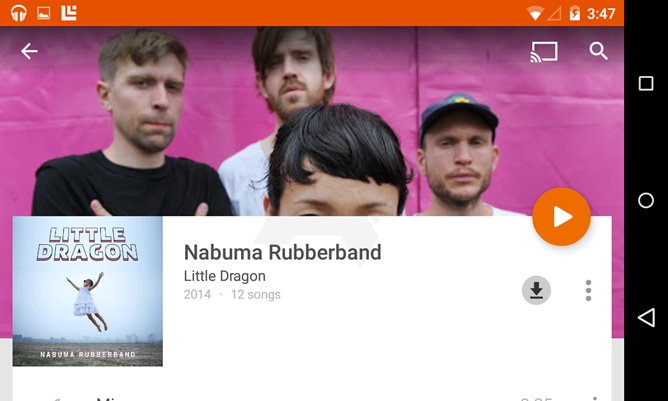 Those new bits out of the way, let's take a quick look at some comparison shots. As stated earlier, most of the changes present in this update are subtle tweaks. Excluding for a moment the animations we're all waiting for, the Play Music app already included many aspects of the material design metaphor, from the bottom sheet to adaptive card layouts, so it's reasonable that the changes in this update aren't drastic. 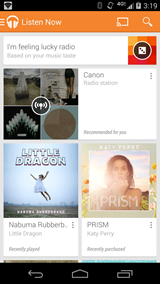 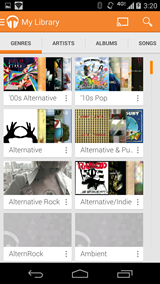 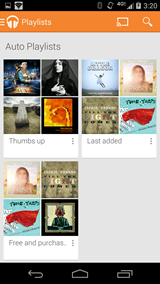 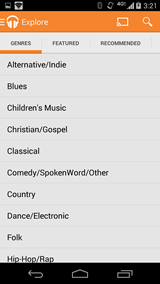 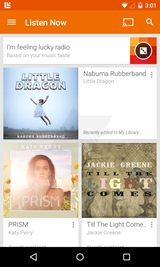 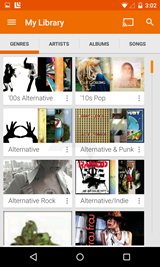 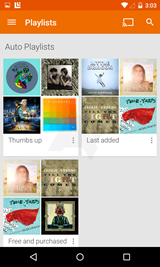 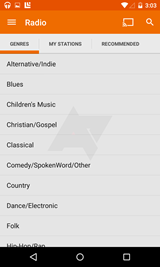 While this version of the app is mostly an update to iconography and a collection of layout tweaks, it's still an encouraging step toward the fully made-over version of Play Music we've been waiting for. Here's hoping the app progresses even further before release next month.

Nexus 6 Will Come With 'Ambient Display,' Its Own Personalized Take On Moto Display